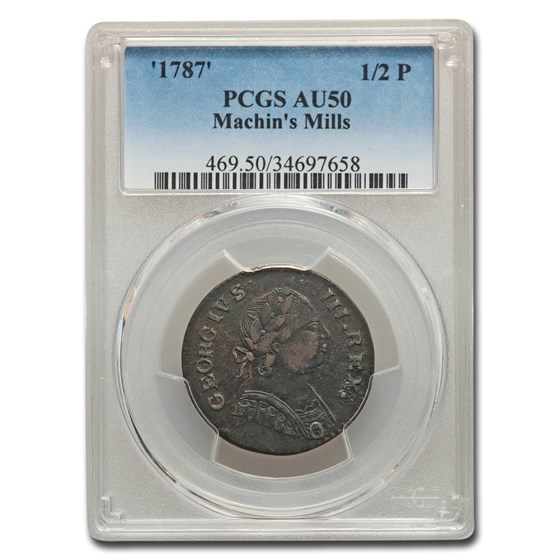 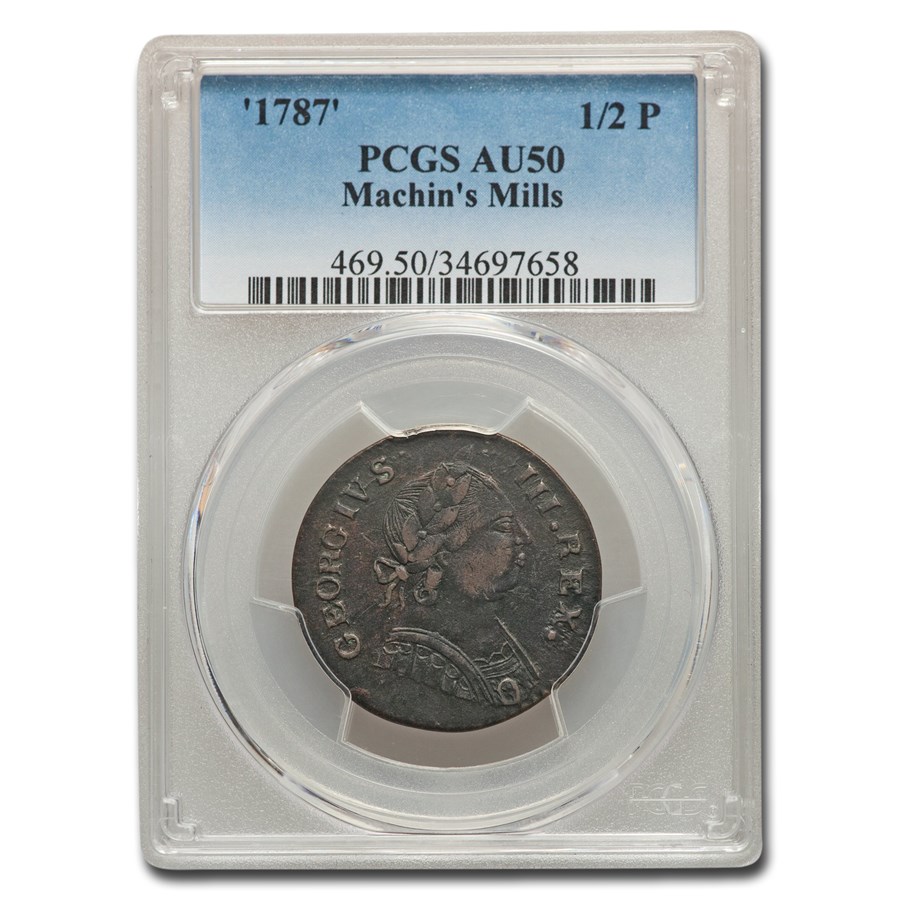 The product pictured is the exact product you will receive.
Product Details
Product Details
This is a 1787 Machin's Mills Half Penny struck in Newburgh, New York. A great circulating coin in colonial America.

Protect and display your Machin's Mills coin in style by adding an attractive display or gift box to your order.

Add this early piece of Americana to your cart today!

These coins are very popular as they use the same devices and legends as the original British coins. Wide acceptance made them ripe for unauthorized counterfeiting of these coins.