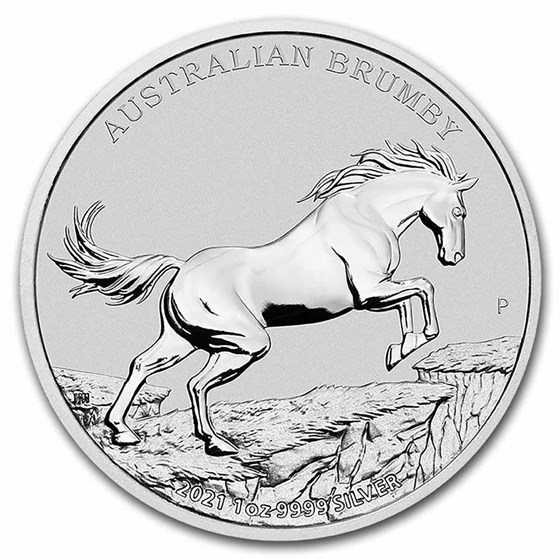 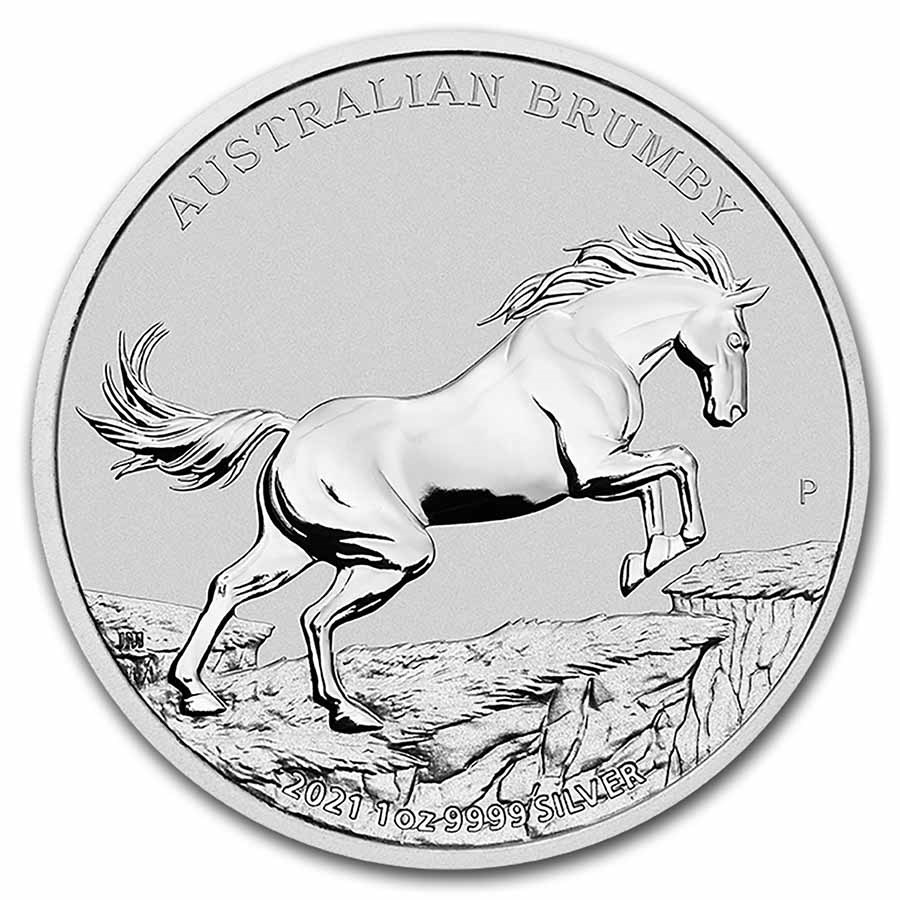 Product Details
Product Details
This release from The Perth Mint features the brumby horse, a wild and independent animal seen as an Australian icon. This 1 oz BU coin has a limited mintage of 25,000.

Australian Silver Brumby
A brumby is the Australian term for a wild horse that is free-roaming, typically found in the Australian Alps region. A group of brumbies is known as a "mob" or a "band." The horses are descendants of escaped or lost horses dating back to early European settlers. The Perth Mint released a Silver Brilliant Uncirculated coin in 2020, and now has a new release for 2021.

The Perth Mint
Located along the Swan River, The Perth Mint is Australia's oldest operating mint and throughout its rich history, the name has become synonymous with some of the highest standard of bullion and collectible products. Along with the Gold Swan and Silver Swan series, some of The Perth Mint's most well known coin programs include the Gold Kangaroo and Silver Kangaroo, Koala, Gold Lunar and Silver Lunar and the Silver Kookaburra programs along with a wide variety of Specialty Bullion releases.

An attractive design that is simplistic and clean. This coin is a good investment in a silver coin. Since I have bought it, it has gone up over $15. I definitely would buy it again.

Another triumph for the Perth Mint. once again they show that less is more. The brumby is shown in a simple yet majestic pose. nothing more, nothing less. If you are a horse lover this coin is a good investment.