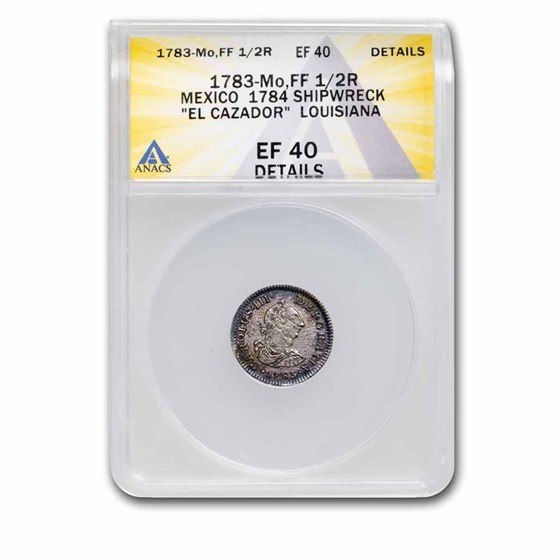 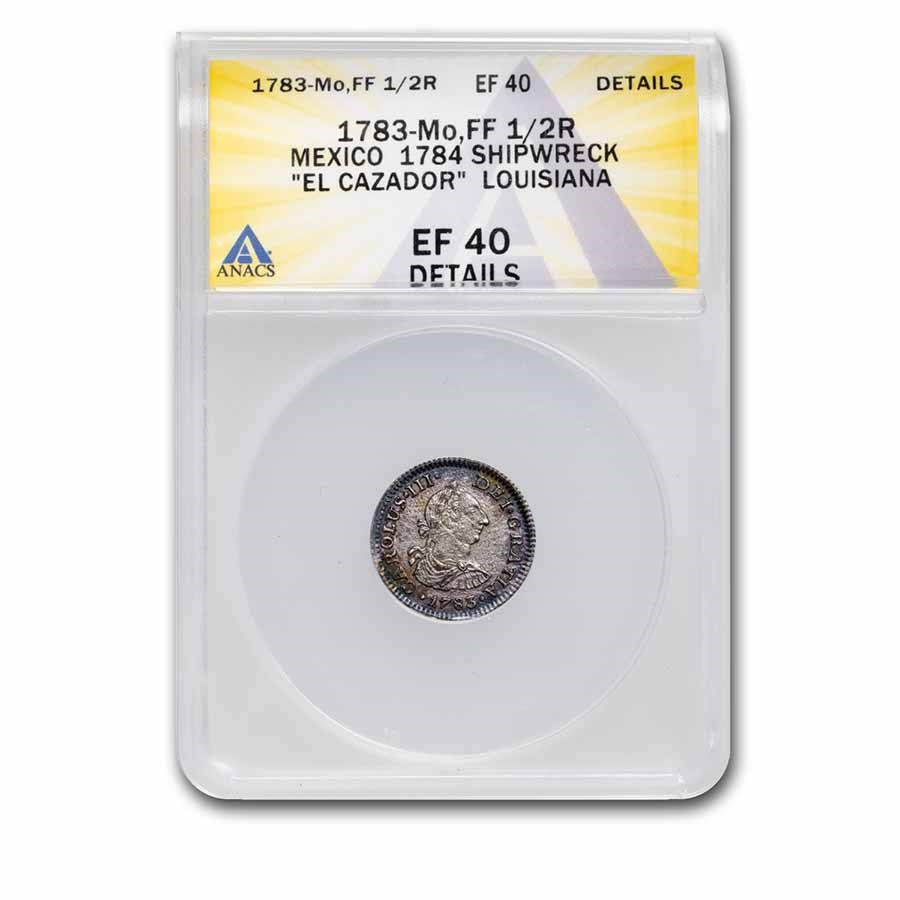 Your purchase will match the quality of the product shown.
Product Details
Product Details
This Mexican 1/2 Real coin has been certified by ANACS as being recovered from the El Cazador wreckage. One of the most famous shipwreck coin hoards ever discovered, the Spanish brig El Cazador sank in 1784, and remained lost until 1993.

Protect and display your El Cazador coin in style by adding an attractive display or gift box to your order.

Don't miss the chance to add this piece of shipwreck Silver to your collection!

The El Cazador Shipwreck contained mostly 400,000 Pesos of Silver in 8 Reales coinage with a smaller number of 4 Reales and 2 Reales coins also being contained within the ships manifest. Most coinage from this wreck was dated from 1783 with several pieces being back dated several years. The captain and crew would also have carried a variety of older types of Spanish milled coinage including Pillar dollar variety and other circulating coins of the period.