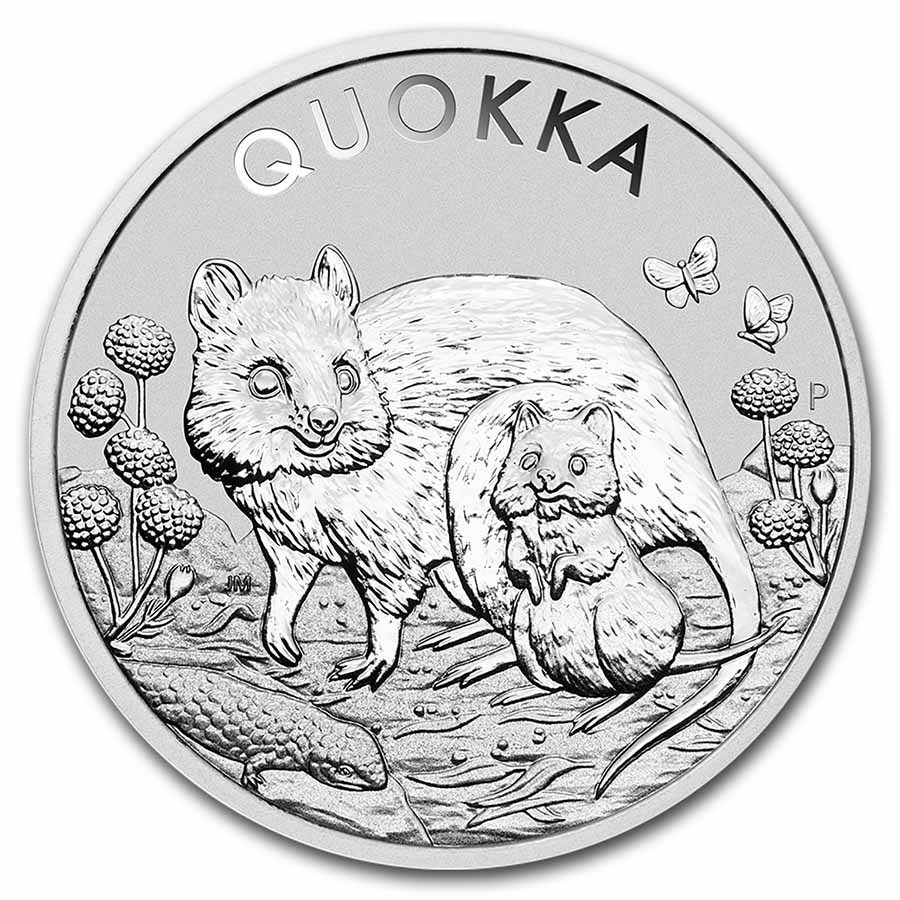 Perth Mint Silver Quokka
The quokka is a small type of wallaby found mainly in the south west region of Western Australia, particularly in Rottnest Island, an idyllic location 18 kilometers off the coats near Perth. About the size of a cat, the quokka has thick, gray-brown fur, a broad face, shiny black eyes, and round furry ears. Thanks to its cute, smiley appearance and an acceptance of humans, the quokka has become a popular subject for selfies. This is the second Quokka Silver BU release from The Perth Mint. The cute creature is featured on 1 ounce of .9999 fine Silver, and the coin also includes a security feature, only detectable under a magnifying glass.

The Aussies have done it again. this is a well thought out coin. the two main figures are nicely engraved along with the supporting plants, reptile, and birds is pleasant to see and not too overpowering. this is a good investment for nature collectors.