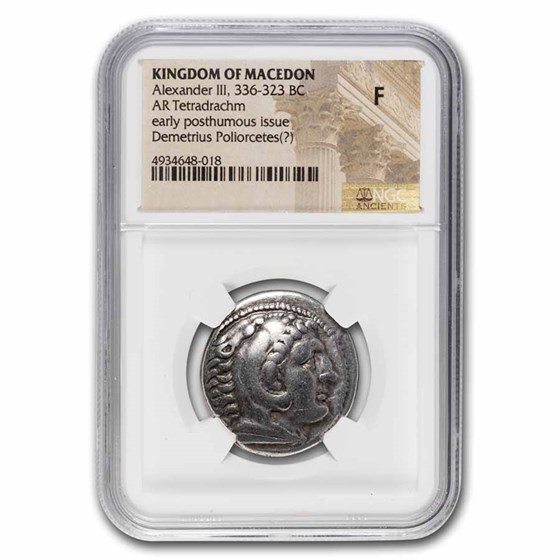 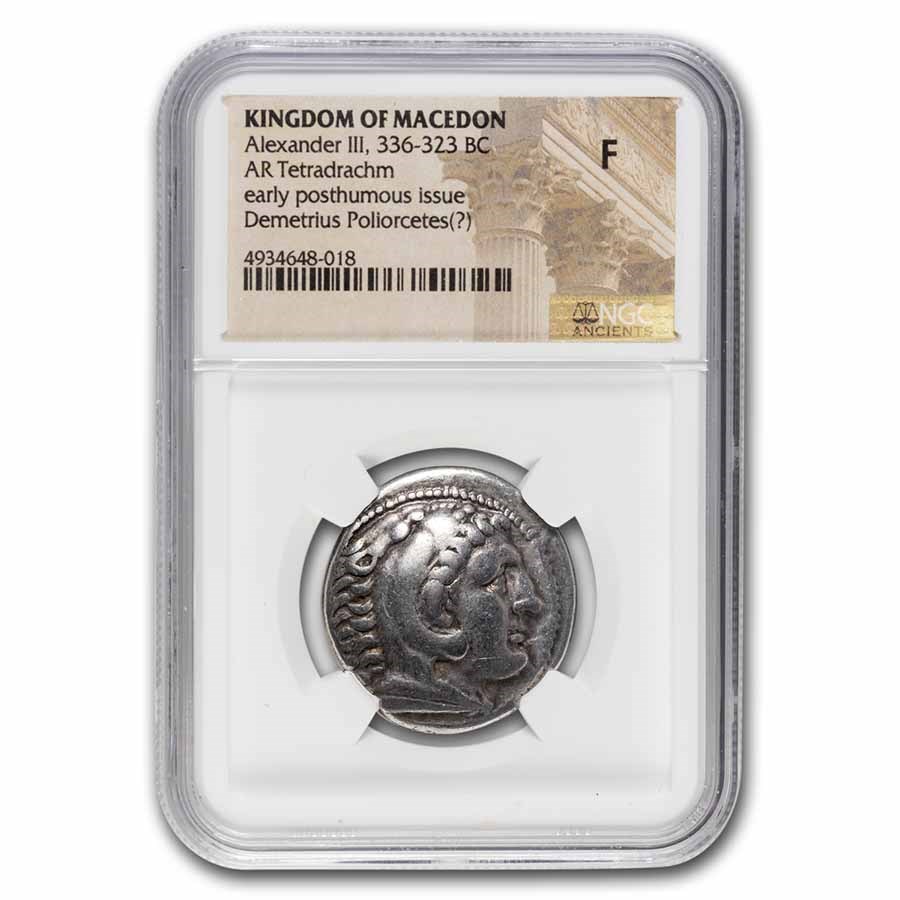 Your purchase will match the quality of the product shown.
Product Details
Product Details
Demetrius Pollorcetes was a Macedonian noblemen who quarreled greatly with the Generals of Alexander the Great. He was known for many intrigues and outrages during his time as a noblemen and would die in captivity following his capture by Seleucus I.

Protect and display your Silver Tetradrachm in style by adding an attractive display or gift box to your order.