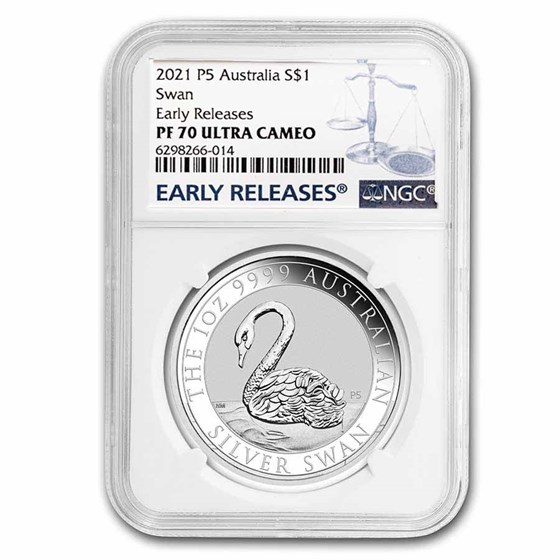 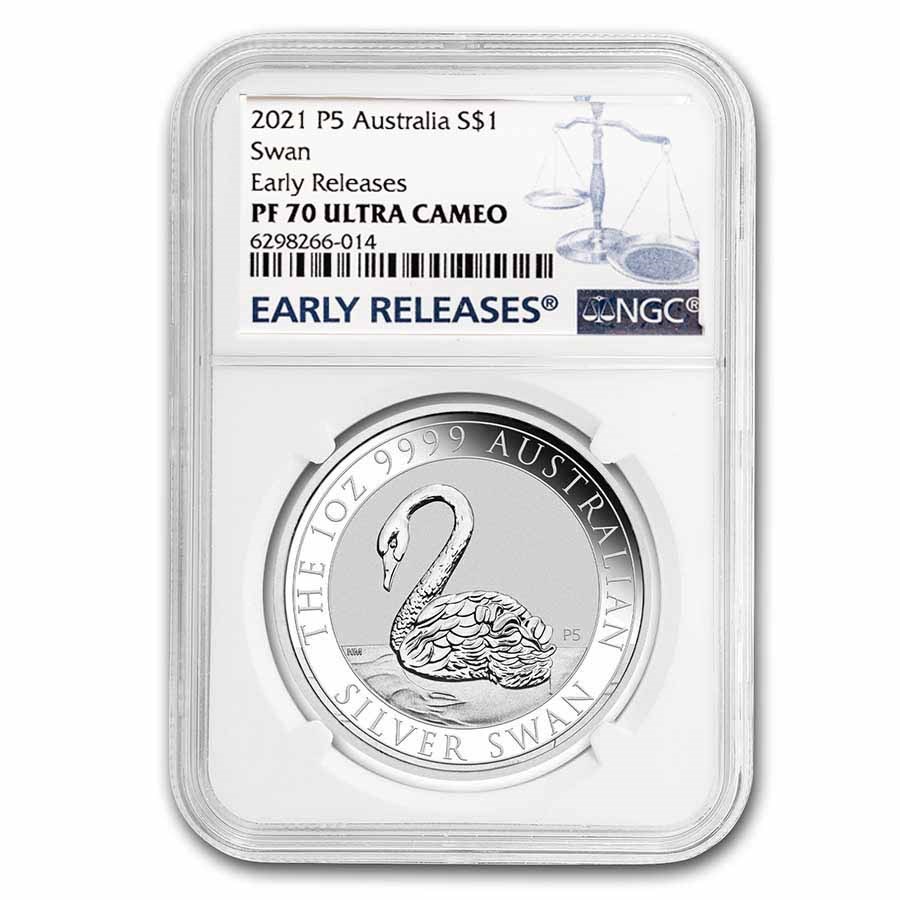 Product Details
Product Details
The Silver Proof Swan coin has a limited mintage of 2,500 coins made of .9999 fine Silver. This coin was graded a perfect PF-70 by NGC with the Early Releases designation.

This swan is so lifelike that it appears to be ready to take flight off the coin itself. Add this spectacular 2021 1 oz Silver Swan graded Early Releases PF-70 by NGC to your cart today!

The Perth Mint Swan
First launched in 2017, The Perth Mint Swan became an instant classic due to its limited mintage & unique design, with the first Silver coin selling out worldwide in less than two days. The series expanded to offer a Gold bullion coin, and both Gold Swan and Silver Swan Proof coins. Each year, the series features a new reverse design, depicting a graceful Swan. 2021 brings the fifth year of this popular series, and this year's design includes a "P5" Mint Mark to commemorate this anniversary.

The Perth Mint
Located along the Swan River, The Perth Mint is Australia's oldest operating mint and throughout its rich history, the name has become synonymous with some of the highest standard of bullion & collectible products. Along with the Gold Swan & Silver Swan series, some of The Perth Mint's most well known coin programs include the Gold Kangaroo & Silver Kangaroo, Koala, Gold Lunar & Silver Lunar and the Silver Kookaburra programs along with a wide variety of Specialty Bullion releases.
The Swan is an iconic species that is so synonymous with The Perth Mint itself that it even appears in the Mint’s logo. The Perth Mint’s operations are situated in the heart of Perth, the capital and largest city of Western Australia. Founded in 1829 on the shores of the Swan River, the original colony in the territory was in fact called Swan River Colony, the location of which is now Perth.