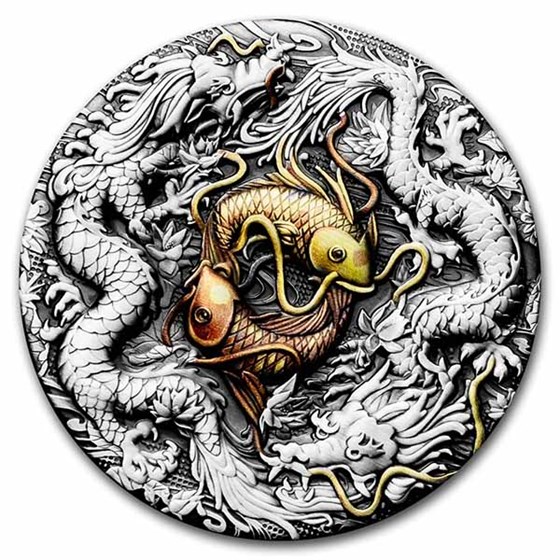 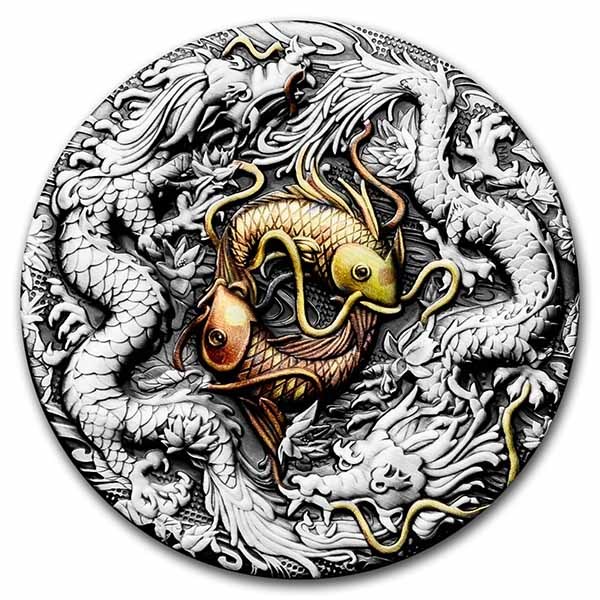 According to ancient Chinese mythology, a school of golden koi swam up a fast-flowing river full of rocks and other obstacles to reach a legendary mountain waterfall known as The Dragon Gate. Despite its seemingly impassable height, one koi’s repeated efforts to reach the crest eventually proved successful. In recognition of its determination and perseverance, the gods turned it into the most auspicious mythical creature in Chinese culture – a dragon.

Coin Highlights:
To avoid finger prints, add these cotton gloves to your order.

Koi fish are traditionally associated with happiness and harmony, and are often used as a good luck symbol for a happy marriage. In feng shui, the yin yang symbol represents the balance between the positive and negative energies within ‘chi’, the vital life-force of all living things on Earth.

The subject of countless myths and legends, Chinese dragons are revered as wise and benevolent creatures with auspicious powers, particularly over the water and rainfall required for abundant harvests. Symbolizing nobility, kindness, prosperity and success, dragons were also seen as the embodiment of the emperor.