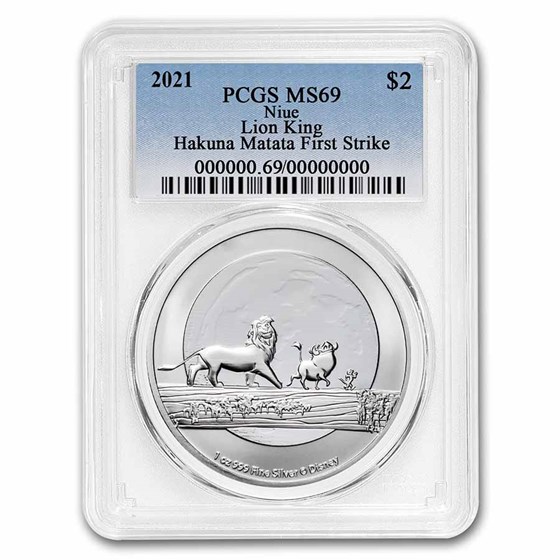 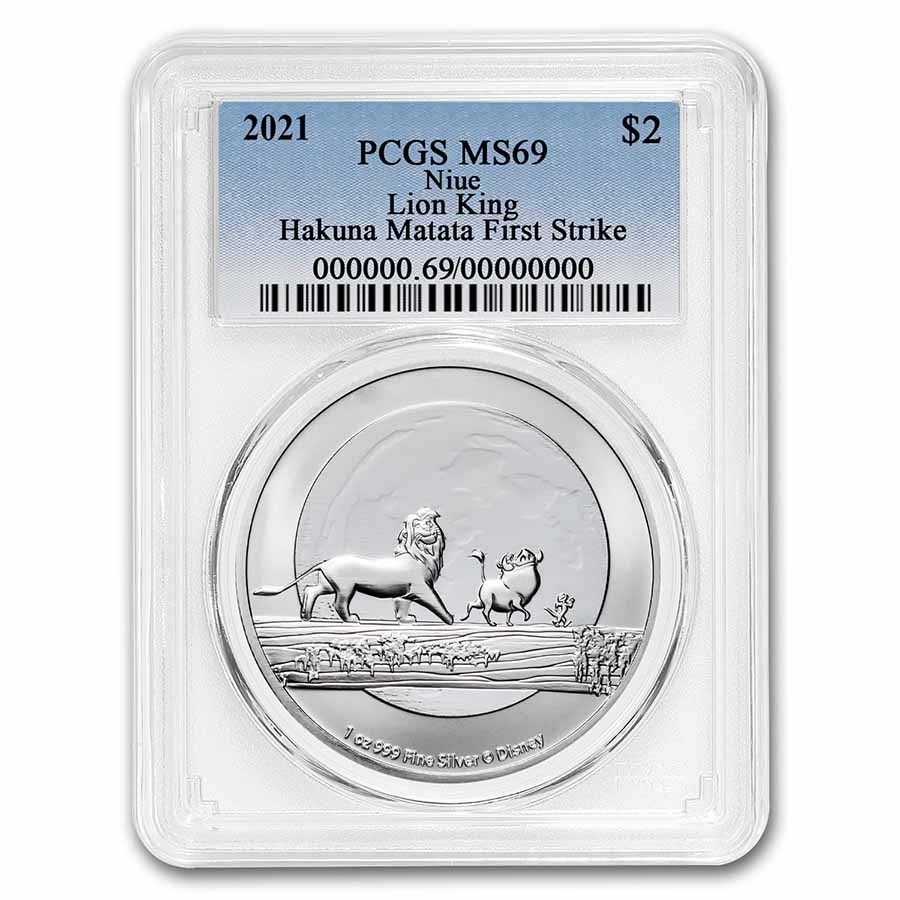 Product Details
Product Details
This stunning .999 fine Silver coin commemorates an iconic scene of Simba, Pumbaa and Timon from Disney's The Lion King, in 1 oz of Silver. Only 25,000 coins were minted, and even less are available in this near-perfect Mint State 69 grade!

Coin Highlights: Protect your Silver in storage from the adverse effects of moisture in the air by adding these silica gel packets to your order.

The Lion King was an iconic Disney movie released in the mid-1990s. It has been a favorite of movie-lovers ever since. Add this limited mintage 1 oz Silver Lion King coin in a near perfect MS-69 grade from PCGS to your cart today!