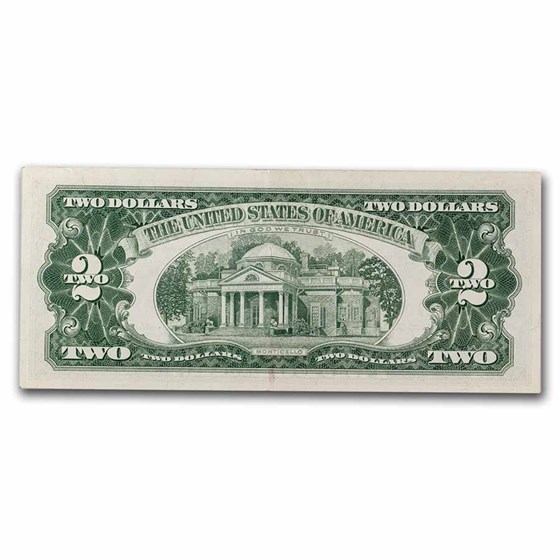 Your purchase will match the quality of the product shown.
Product Details
Product Details
The Series 1963 through 1963-A Two Dollar Red Seal Star ★ Notes were printed as replacement notes for defective notes that did not meet the quality standards of the Bureau of Engraving and Printing.

Series 1963 through 1963-A of our choice and limited to available inventory.

These replacement bank notes, which were printed to replace defective notes, contain a star (&starf;) in front of the serial number to mark them as a replacement.

Great bill for any paper money collector, arrived to me looking like it was fresh from the press. Being a star note even added to the attraction for me personally.

I like 2 dollar bills; especially Star Notes. The grading was a little off. It was more VF than XF. Nit picking, & I still like it.