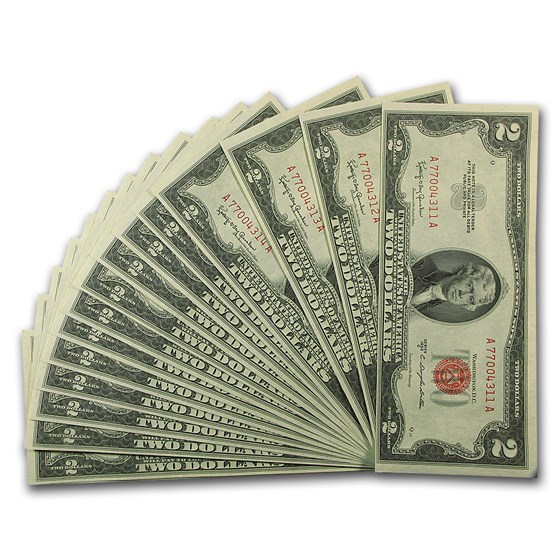 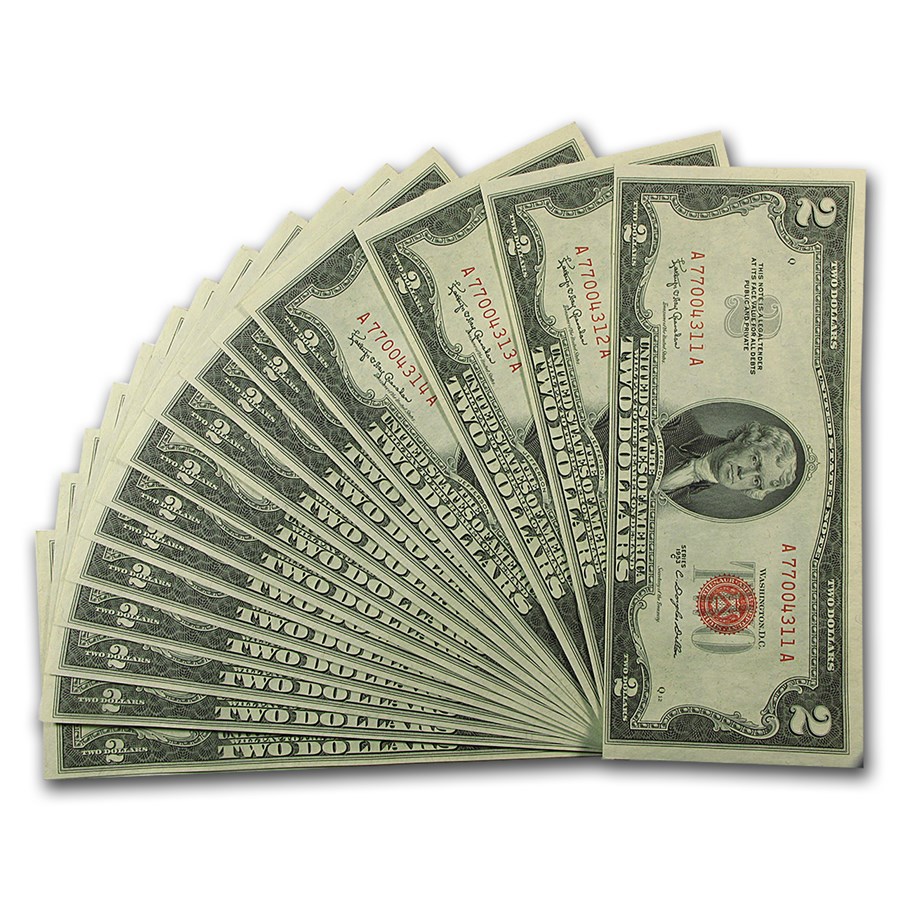 Currency Highlights:
These $2 Red Seals saw heavy usage until the type was discontinued in the 1960s and are getting harder to find in Uncirculated condition. Add some of these great conversation pieces to your cart today!

This group of 15 consecutive Series 1953-C $2 United States Notes are in Crisp Uncirculated condition with a few edge bumps from handling. These notes were printed over 50 years ago and these 15 consecutively serial numbered notes have been together all this time!