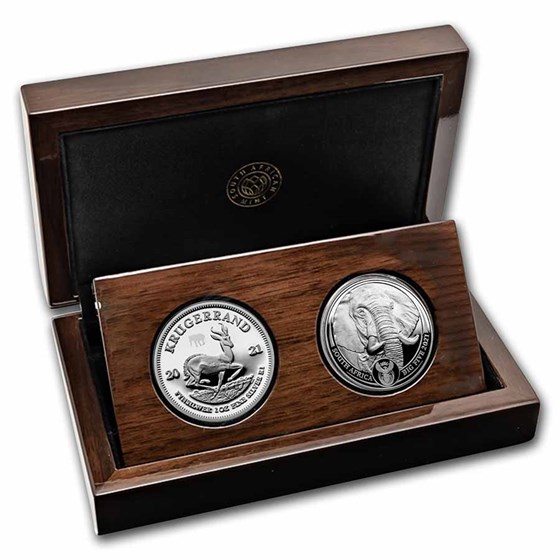 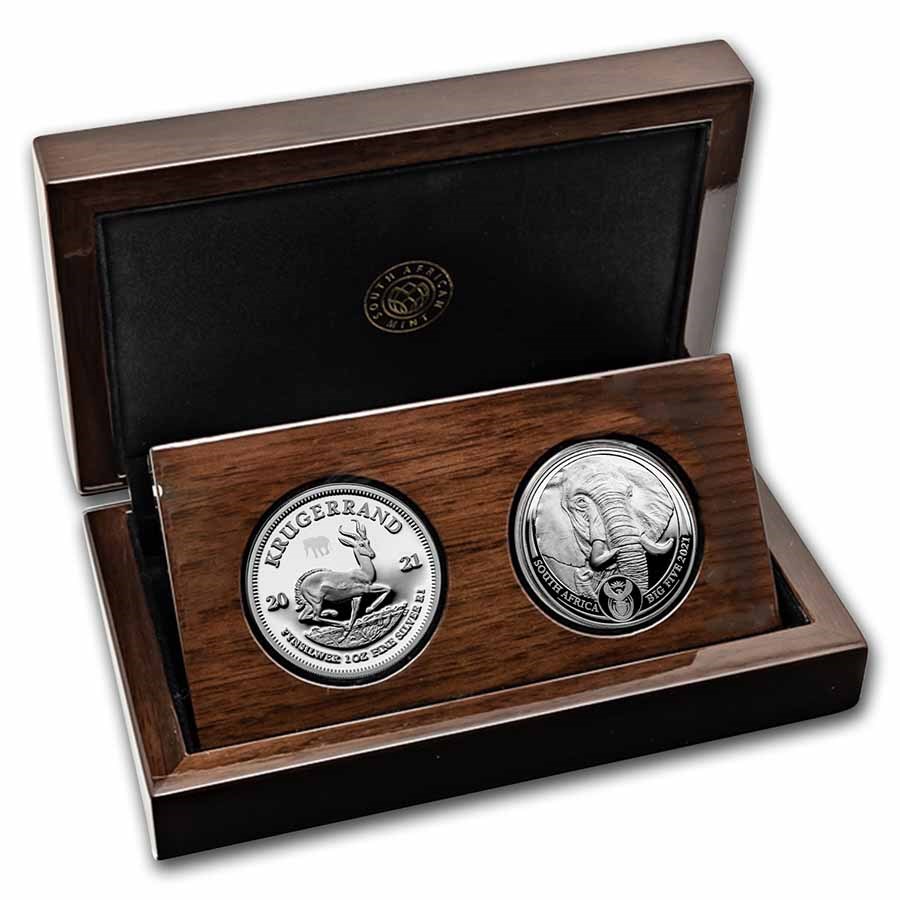 Product Details
Product Details
The South African Mint is now releasing Big 5 Series 2 and the Elephant is the first one featured. This amazing set has a mintage of only 1,000 worldwide.

A great way to purchase the first coin in the Big 5 Series 2. Add this 2021 South Africa 2-Coin Silver Krugerrand and Elephant Proof Set to your cart today!