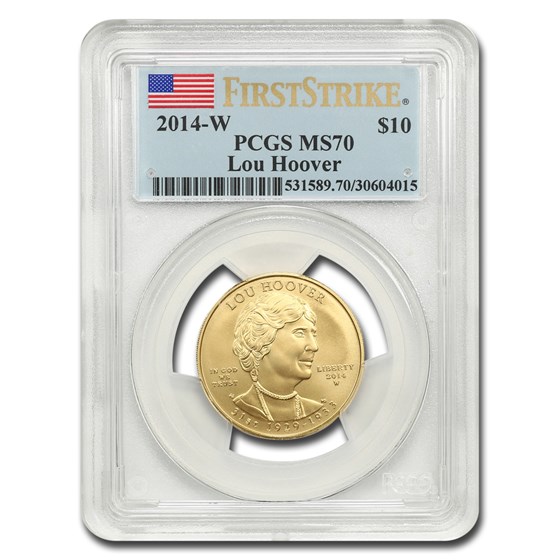 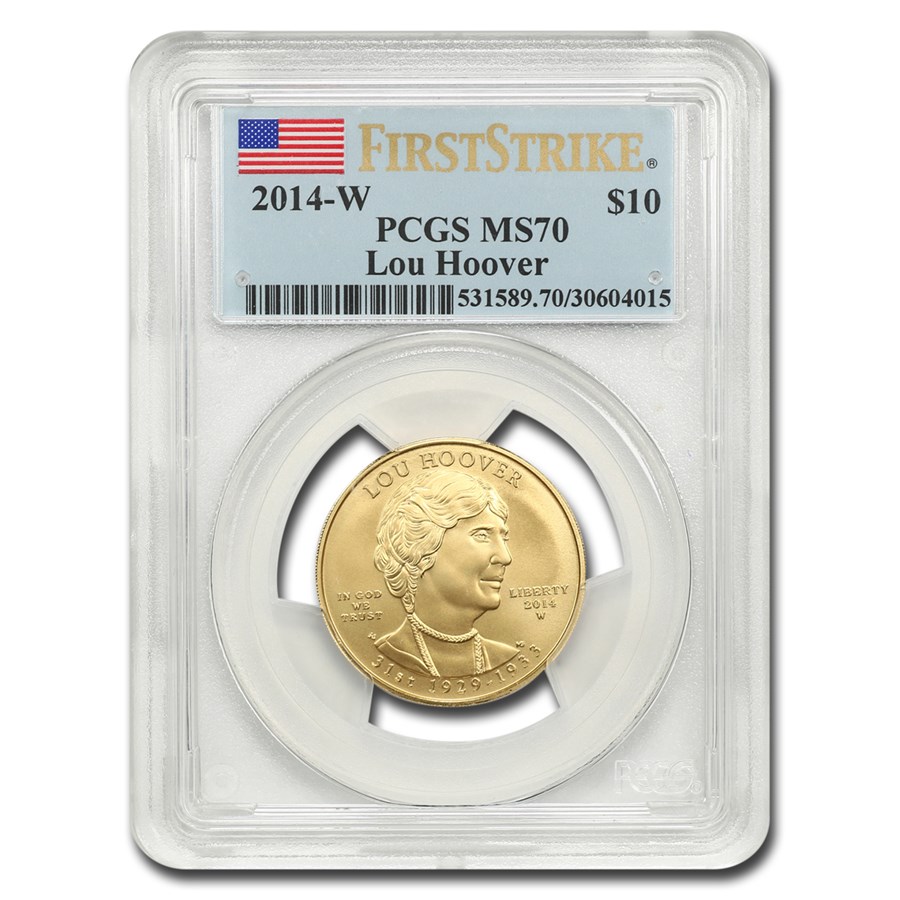 Your purchase is guaranteed to match the quality of the product shown. It will not be this exact item.
Product Details
Product Details
The First Ladies have made many contributions to their husband's presidency. These First Spouse coins pay tribute to their accomplishments.

Coin Highlights:
These coins honor Presidential 'First Ladies' who have added so much to our country. Add this 1/2 oz Gold First Spouse Coin to your cart today!

Lou Henry Hoover was the First Lady during the depression era from 1929 to 1933. During her time, Hoover had many accomplishments including: founding the American Woman’s War Relief Fund and Hospital and receiving acknowledgement from King Albert I of Belgium for her dedication and charitable work. Lou Hoover was considered a modern woman of her time, as she was the first woman to graduate from Stanford University. She held a wide variety of interests and hobbies, which included: taxidermy, hunting, fishing, and rocks and minerals.