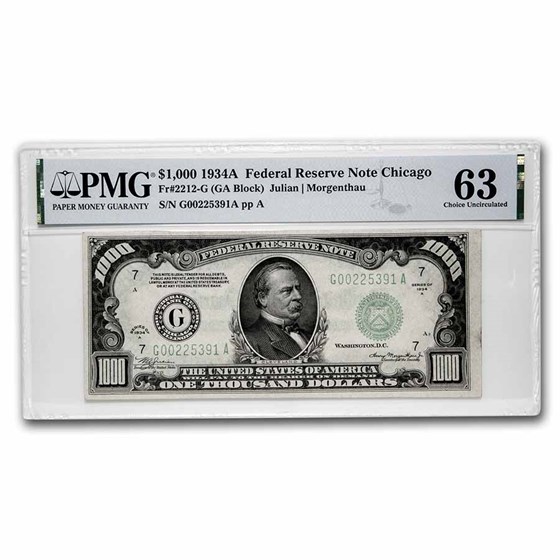 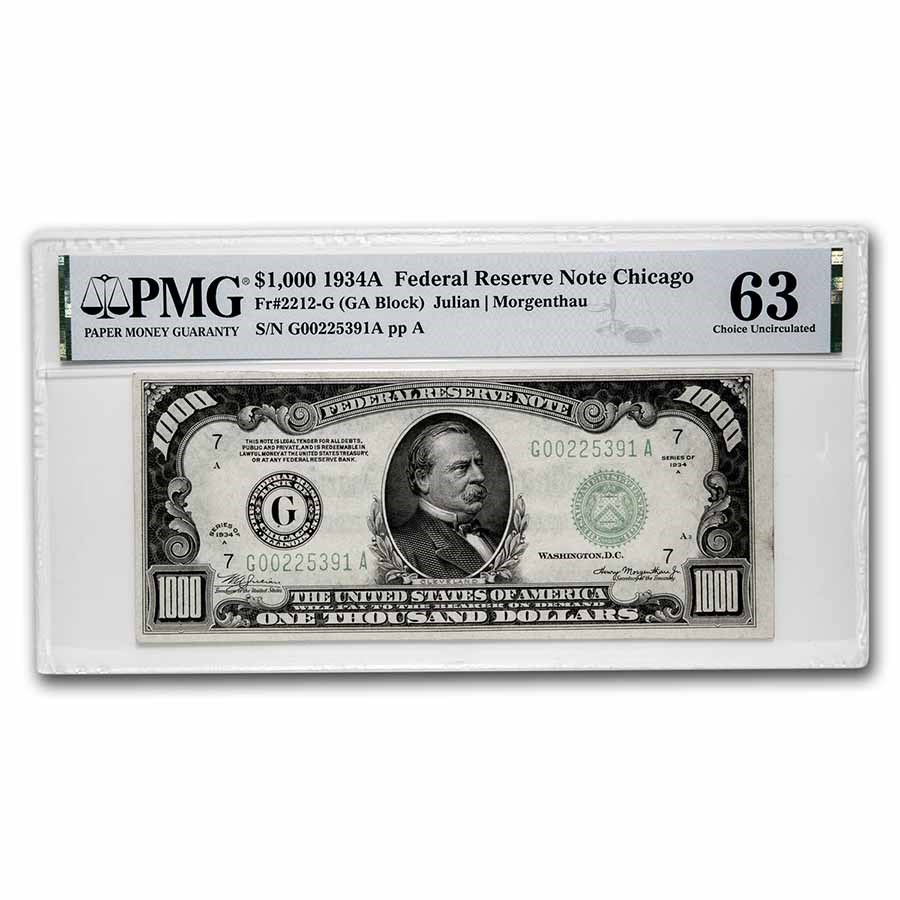 Product Details
Product Details
These $1000 Federal Reserve Notes are from the 1934-A series issued by the Chicago district. Graded Choice Uncirculated-63 by PMG!