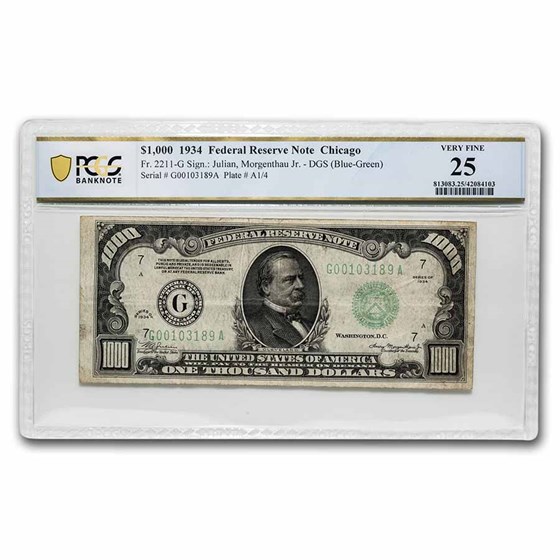 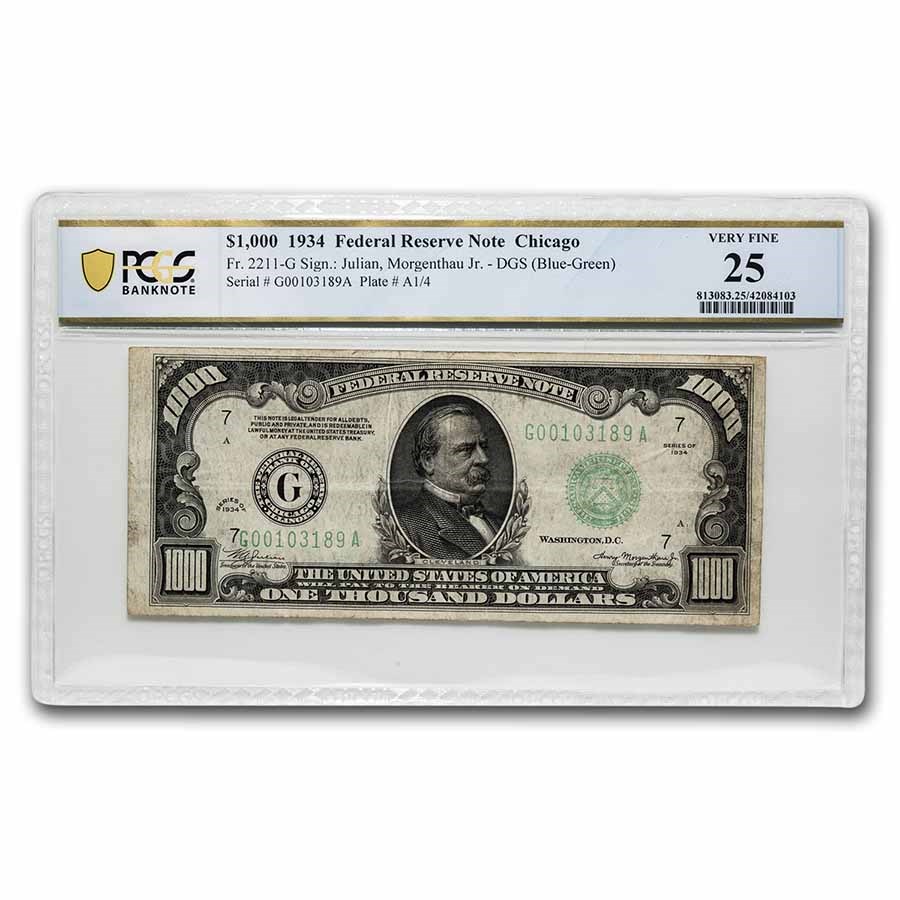 Product Details
Product Details
Superb Series 1934 $1,000 Federal Reserve Note from the Chicago District. High denomination currency was originally intended for commerce between banks. However, they slowly made their way into circulation and are highly collected today.