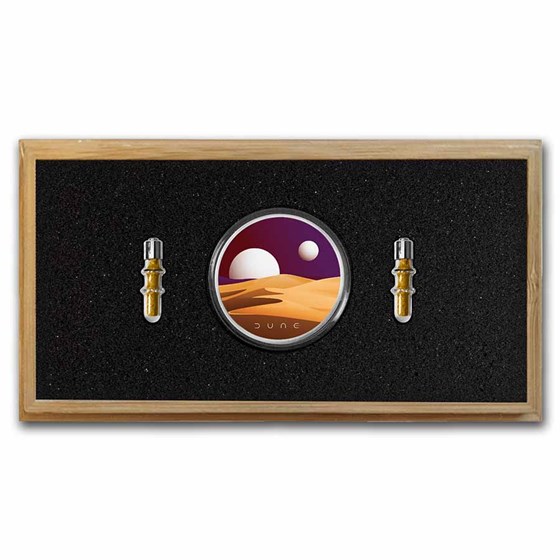 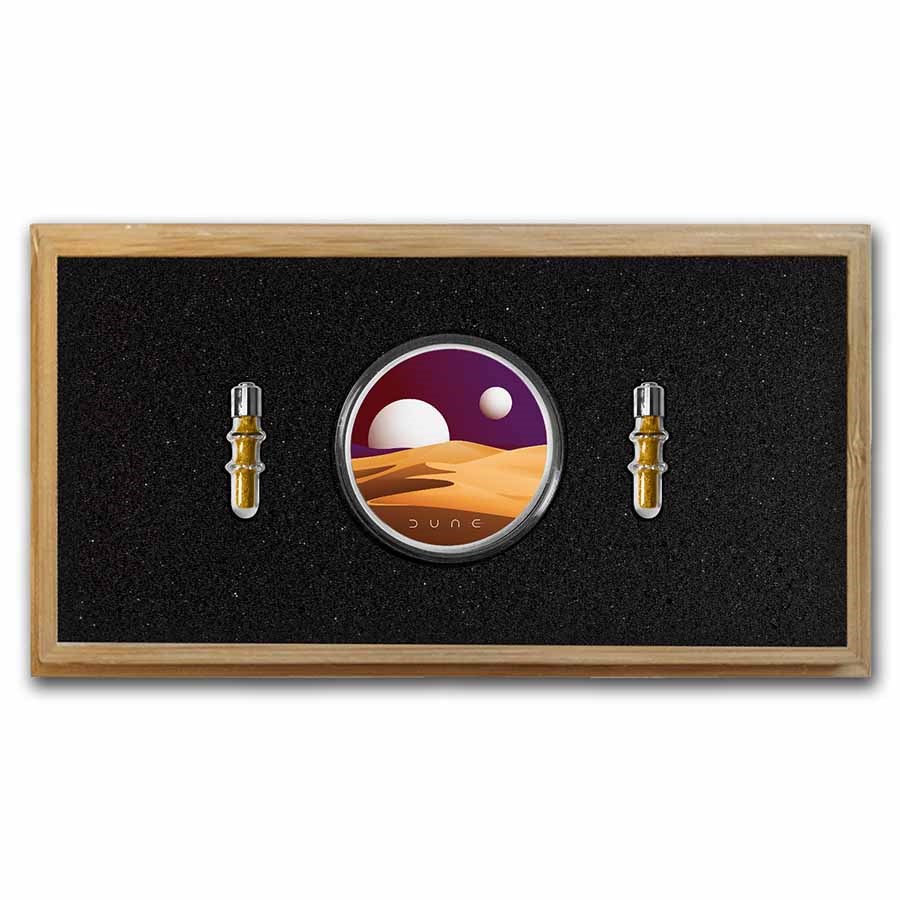 Product Details
Product Details
APMEX has partnered with Legendary Entertainment to produce this exclusive series featuring some of the most iconic themes from DUNE®. This collection coincides with the release of the highly-anticipated 2021 motion picture.


Handle your Gold Spice Melange Set with care by adding these cotton gloves to your order.

Add this exciting Spice Set to your cart today!

Spice Melange Set
This exciting, limited mintage offering features the Spice from the franchise in true APMEX fashion - .9999 fine Gold grain! Each set is packaged in a presentation box with COA and features two vials of the "Spice," each containing 1/20 oz, for a total Gold content of 1/10 oz. Also featured in the box is a beautiful colorized Silver round exclusive to the set!

The Spice is among the most iconic aspects of the DUNE® story. Only found on planet Arrakis, this substance is known to increase mental acuity, physical ability and provide the capability for warp space navigation, unique to this resource. The effects and scarce nature are a driver for commerce and technological advancement, but also for conflict and greed.

DUNE®
Originally conceived by famed novelist Frank Herbert in 1965, DUNE® takes place on Arrakis, a planet almost entirely covered by sand. Most people on the planet struggle for water and live in poverty. However, perhaps even more valuable than water, is the planet's most valuable resource - the 'Spice'. This mysterious substance is mined and sold for large sums of money across the galaxy. The story explores the future of this planet through the conflict between the Great Houses vying for its control.

DUNE® is a highly-anticipated major motion picture set for release in October 2021. APMEX has partnered with Legendary Entertainment to bring the well-known characters, concepts, and landscapes to life with offerings including a Spice set, struck rounds, and colorized rounds in TEP packaging.