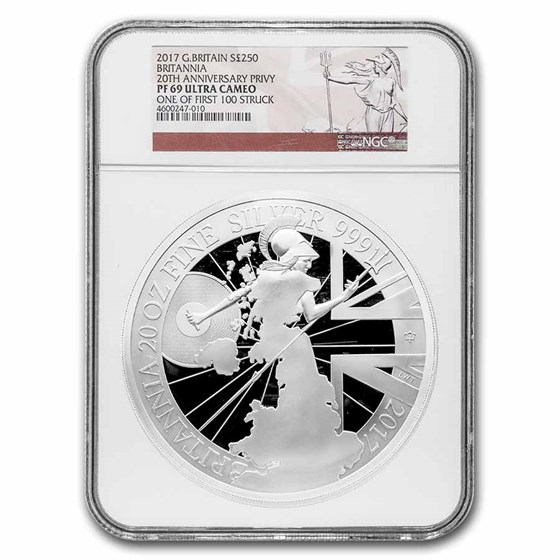 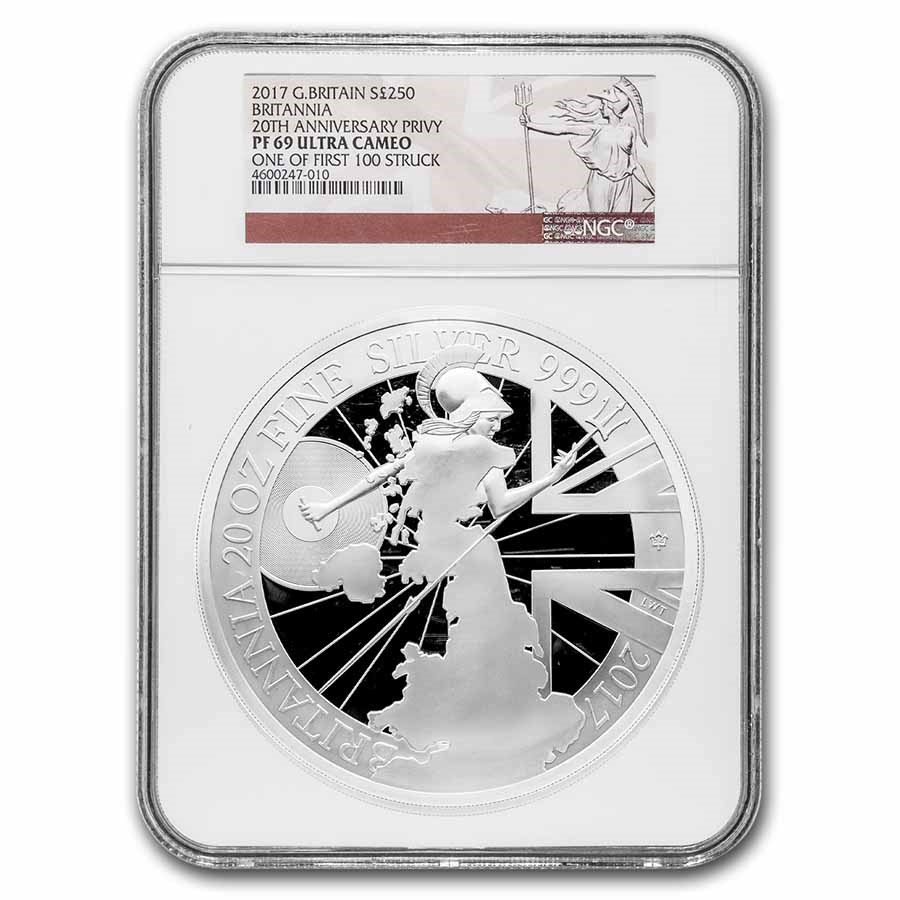 Your purchase will match the quality of the product shown.
Product Details
Product Details
This 2017 dated 20 oz Silver Britannia Proof has a mintage of only 350 coins! And has been certified by NGC as Proof 69 Ultra Cameo, as well as being first release of first 100 coins struck.

This exceptional 20 oz Proof Britannia coin would be a great addition to any coin collection. Add this artistic coin to your cart today!