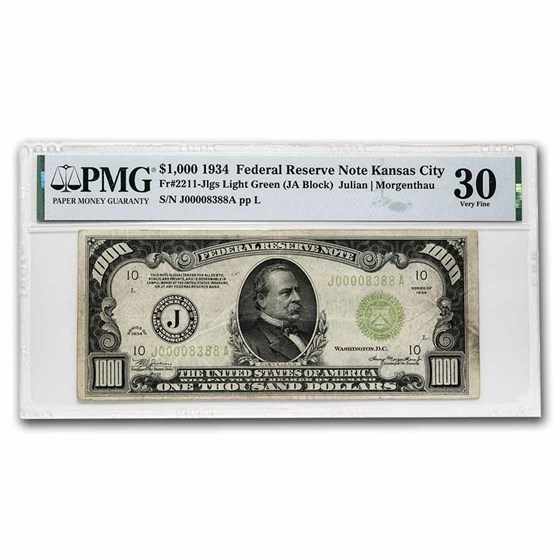 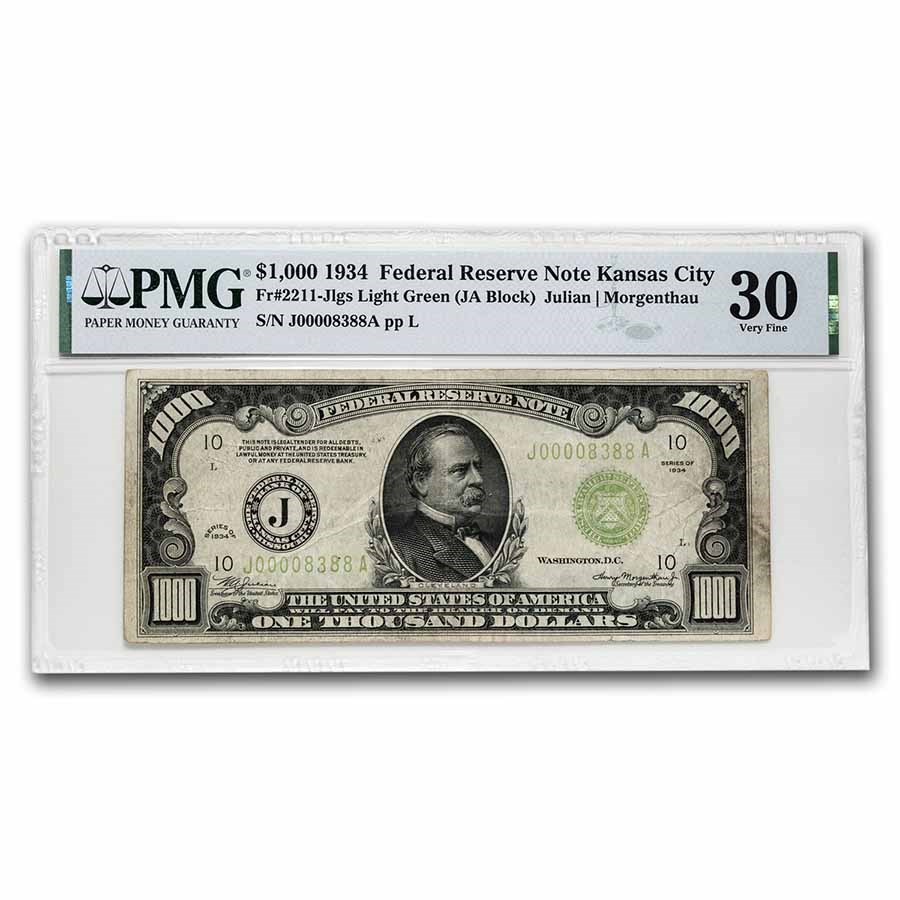 Product Details
Product Details
These series 1934 $1,000 Federal Reserve Notes from the Kansas City district were rarely used in circulation. This example has been graded Very Fine 30 by PMG, ensuring it still has nice color and eye appeal.

Don't handle your currency with bare hands. To avoid damage from the oils in your skin, add these white cotton gloves to your order.