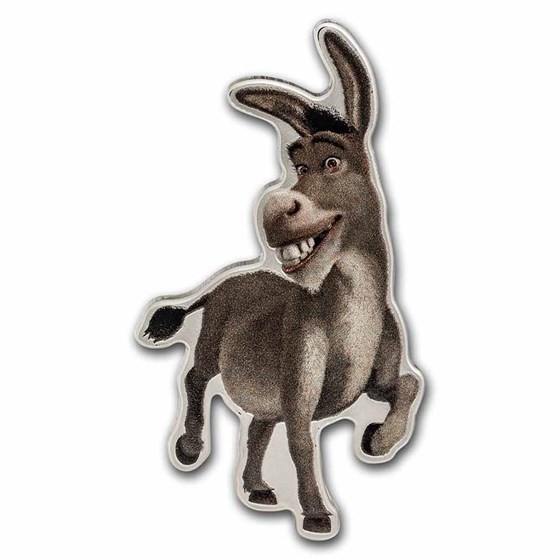 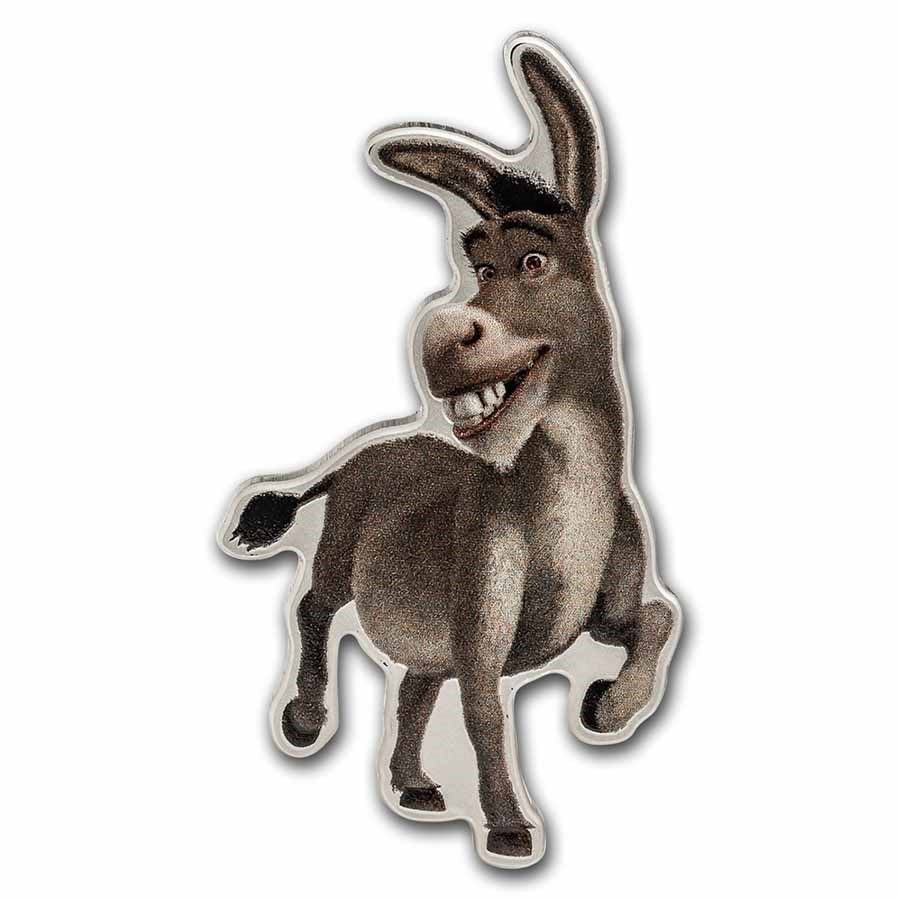 Your purchase is guaranteed to match the quality of the product shown. It will not be this exact item.
Product Details
Product Details
Celebrate everyone's favorite talking Donkey with these unique 1oz Silver Donkey shaped coins. There are only 1,000 coins minted worldwide!


Protect your coins from fingerprints by adding these cotton gloves to your orders.

This coin is a perfect gift for Shrek fans and coin collectors alike. Add this 1 oz Silver Donkey shaped coin to your cart today!


Shrek
Originally based on a children's picture book of the same name, the rights to Shrek were purchased by Stephen Spielberg and made into the Dreamworks film that we all know and love today. Shrek was originally voiced by Chris Farley, but later reworked with Mike Meyers after Farley passed away in the middle of the project. Mike Meyers brought his signature humor and Scottish accent to the role and made the character who he is today. Shrek undermines every expectation of the selfless knight in shining armor who sets forth to rescue the damsel in distress. When a local tyrant, Lord Farquad (played by John Lithgow), begins rounding up fairytale creatures and dumping them at Shrek's swamp, the titular anti-hero angrily sets out only to have them removed. Conscious of being judged for what he is, Shrek turns out to be a more nuanced character and endears himself to the audience as the misunderstood underdog. Joining Shrek on his adventures is Donkey, the talking donkey played by Eddie Murphy.