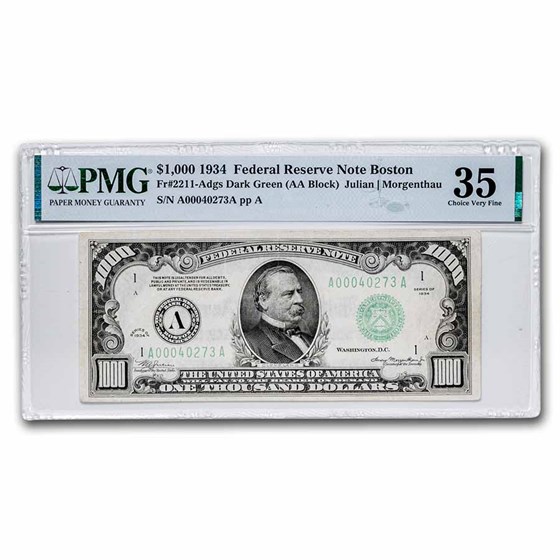 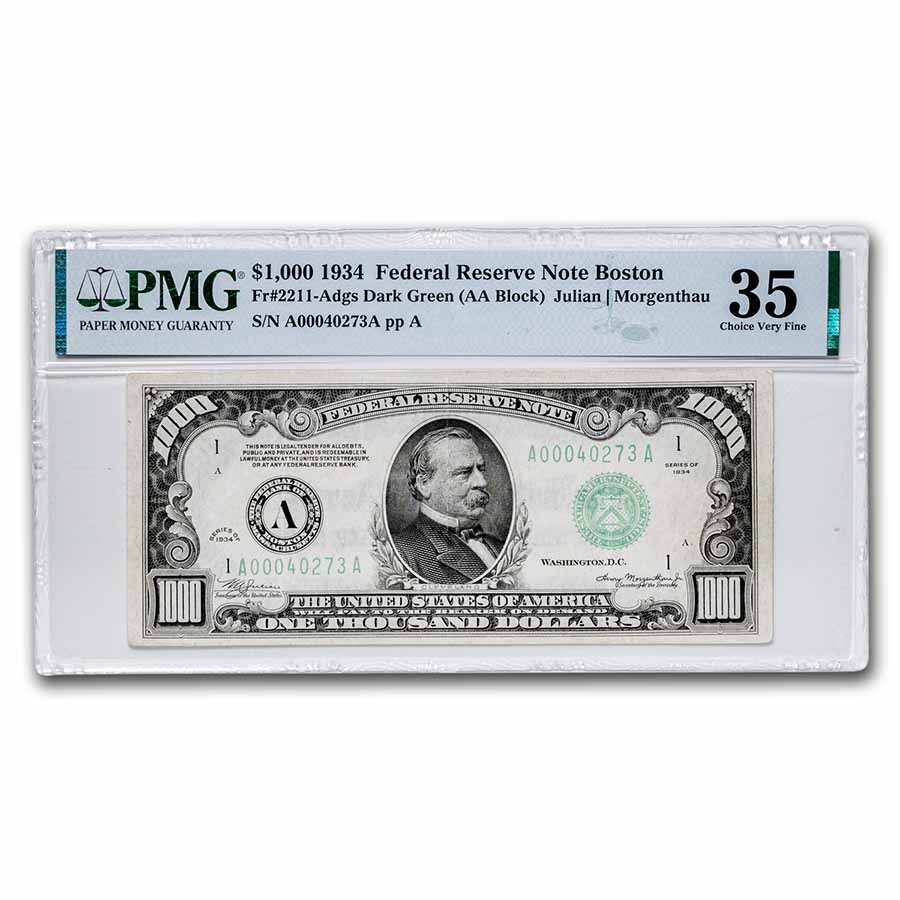 Product Details
Product Details
These Series 1934 $1,000 Federal Reserve Notes come from the tough Boston district. Only 46,200 notes were printed for this district. They are Graded Choice VF-35 by PMG.

Currency Highlights:
This is a desirable example as these Boston issues command $4,000 and up in high grades. Add this 1934 $1,000 Federal Reserve Note from Boston to your cart today!

This series 1934 $1,000 Federal Reserve Note was issued by the tough Boston district and may have been in some well-to-do person's wallet trophy. The rare occasions for private use of this high denomination bill could be for a large transaction, such as a down payment on a house.