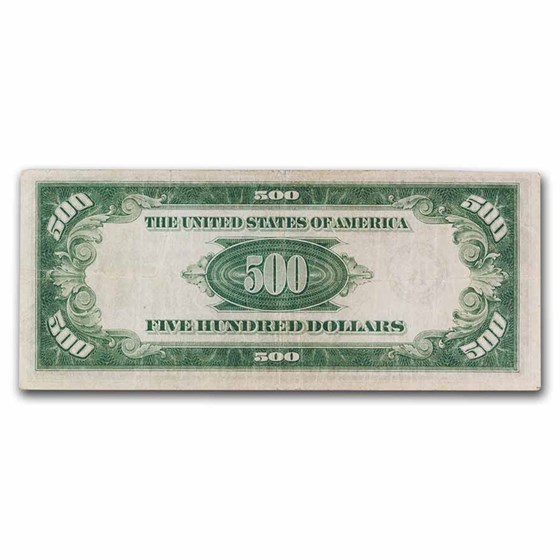 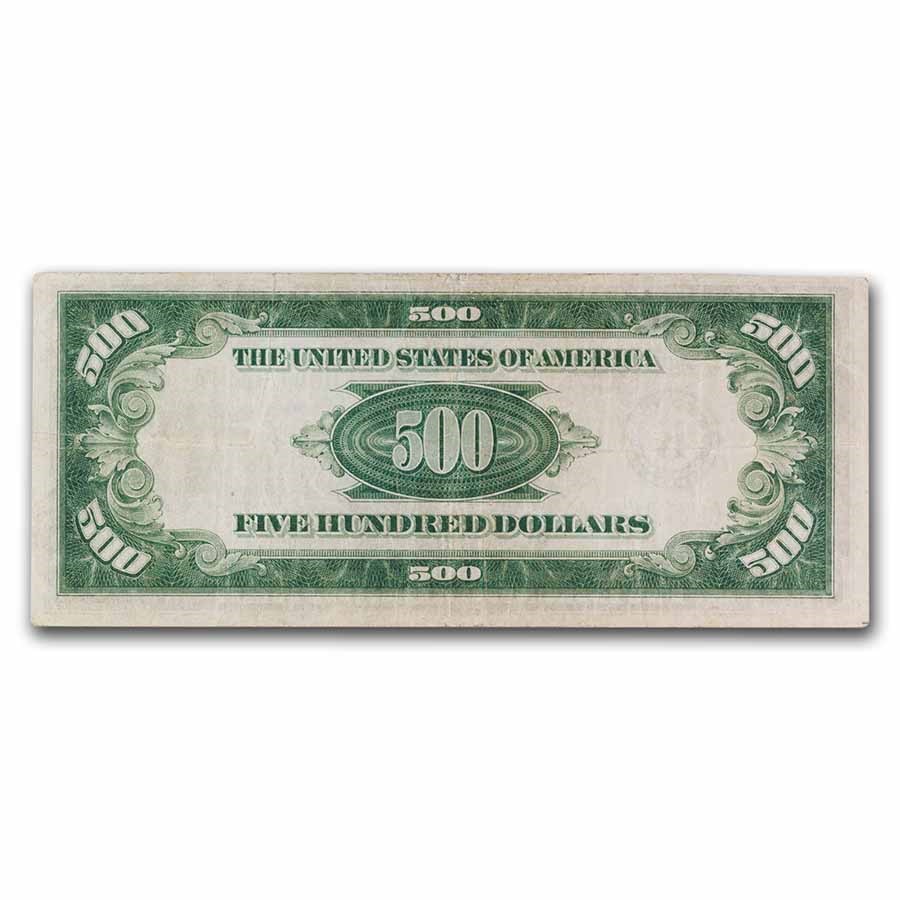 Product Details
Product Details
This series 1934 $500 Federal Reserve Note is from the desirable Dallas district and comes in Very Fine condition with a Light Green Seal. Only 31,200 were printed for Dallas, making these notes elusive even without the certification.

Currency Highlights:
Protect your Federal Reserve Notes by adding a protective currency holder to your order.