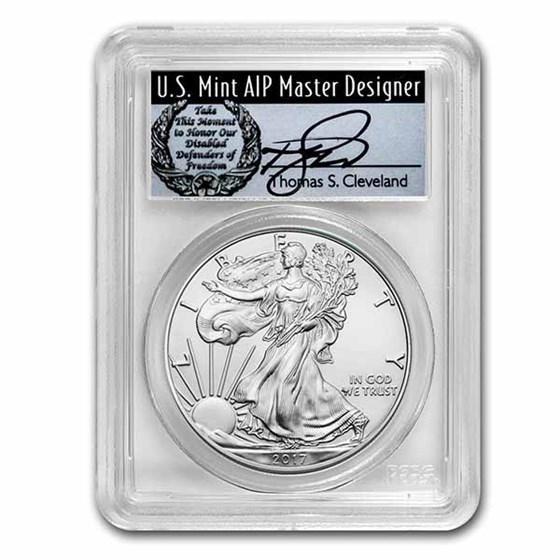 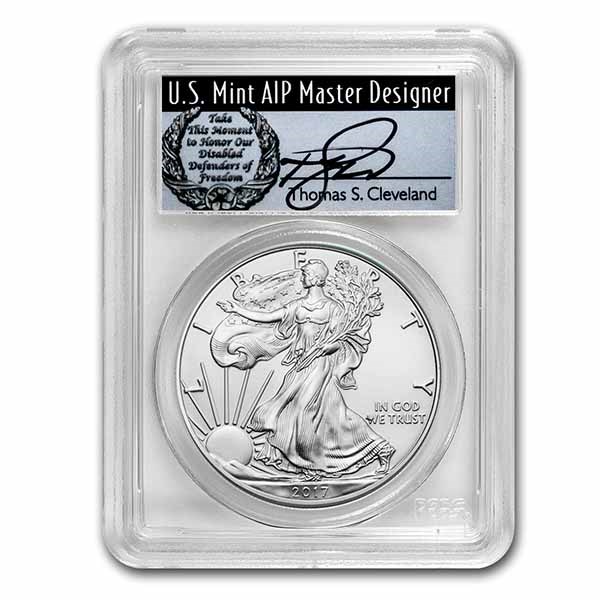 Product Details
Product Details
Because of PCGS's strict requirements for First Day of Issue eligibility and the existence of these coins was not announced until after the deadline, the population of these coins is low with only 68 coins!
As of the Mint's announcement on March 20, 2017, less than 11% of 2017 Silver Eagles were minted in Philadelphia. Due to differences in processes at U.S. Mint facilities, far fewer Philadelphia minted coins grade a perfect MS-70 than their West Point counterparts.

With only 1,000,000 coins minted as of March 20, 2017, the 2017 (P) Silver Eagle brings the appeal of a low mintage issue to the world's most popular Silver bullion coin. In comparison, the key date 1996 coin has a mintage of over 3.6 million. Don't miss the opportunity to add an MS-70 Philadelphia minted 2017 Silver Eagle to your collection today!

PCGS limits the First Day of Issue designation to coins that can be proven to have been the very first coins shipped from the U.S. Mint. Because the U.S. Mint did not announce the information identifying this low-mintage issue until April, only coins that were certified as First Strike eligible at the beginning of 2017 and remained in sealed boxes since that time can receive this designation, ensuring the scarcity of First Day of Issue coins. Further, due to manual packaging techniques used at the Philadelphia Mint, a dramatically lower percentage of coins grade a perfect MS-70 in comparison to the machine-packed West Point issues.