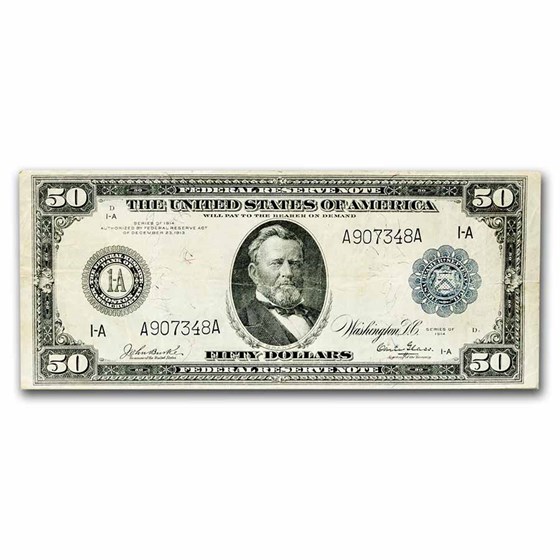 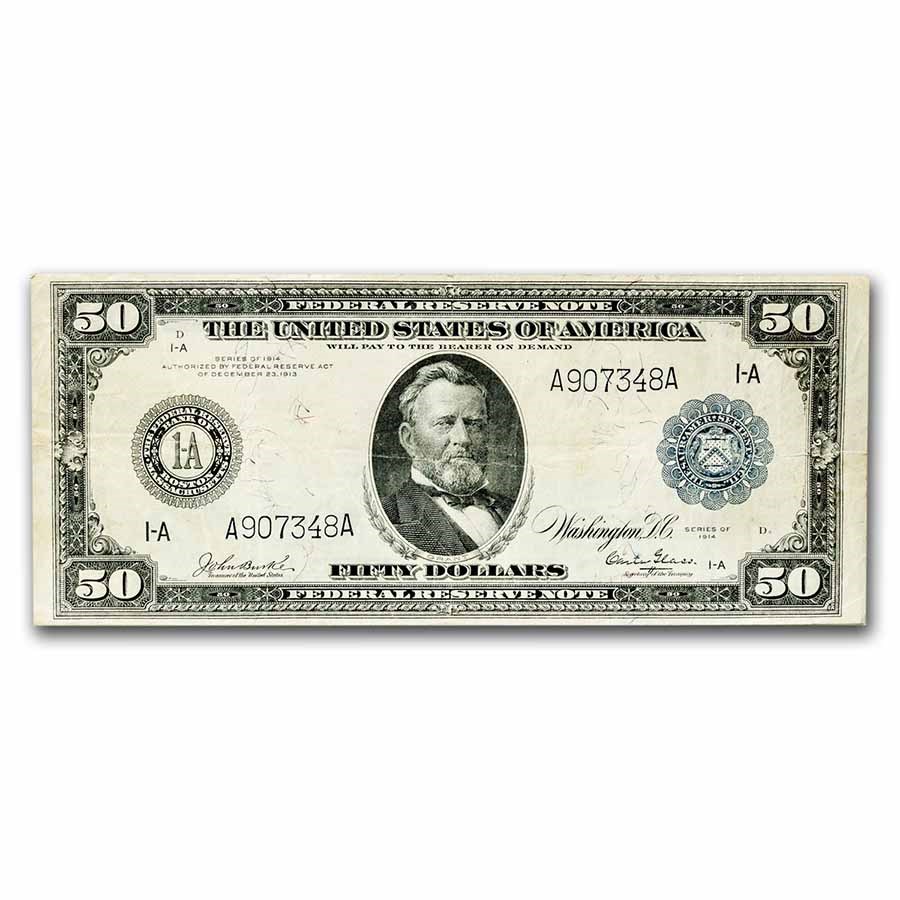 Product Details
Product Details
This series 1914 $50 Federal Reserve Note is from the New York District. This note has a portrait of President Ulysses S. Grant on the front with a representation of Panama between two ships on the back.

Add this great collectible note to your cart today!

Series 1914 Federal Reserve Notes were the first of this type issued after the Federal Reserve Act passed in 1913, which established the banking system and uniform currency that exists to this day. Denominations from $5.00 through $10,000, and districts A through L (Boston through San Francisco), were established.