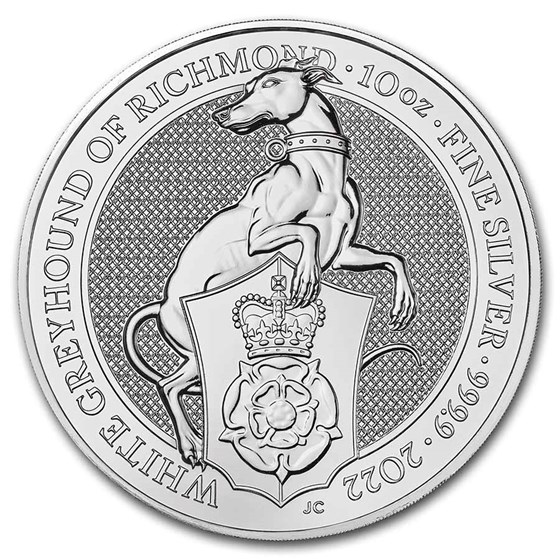 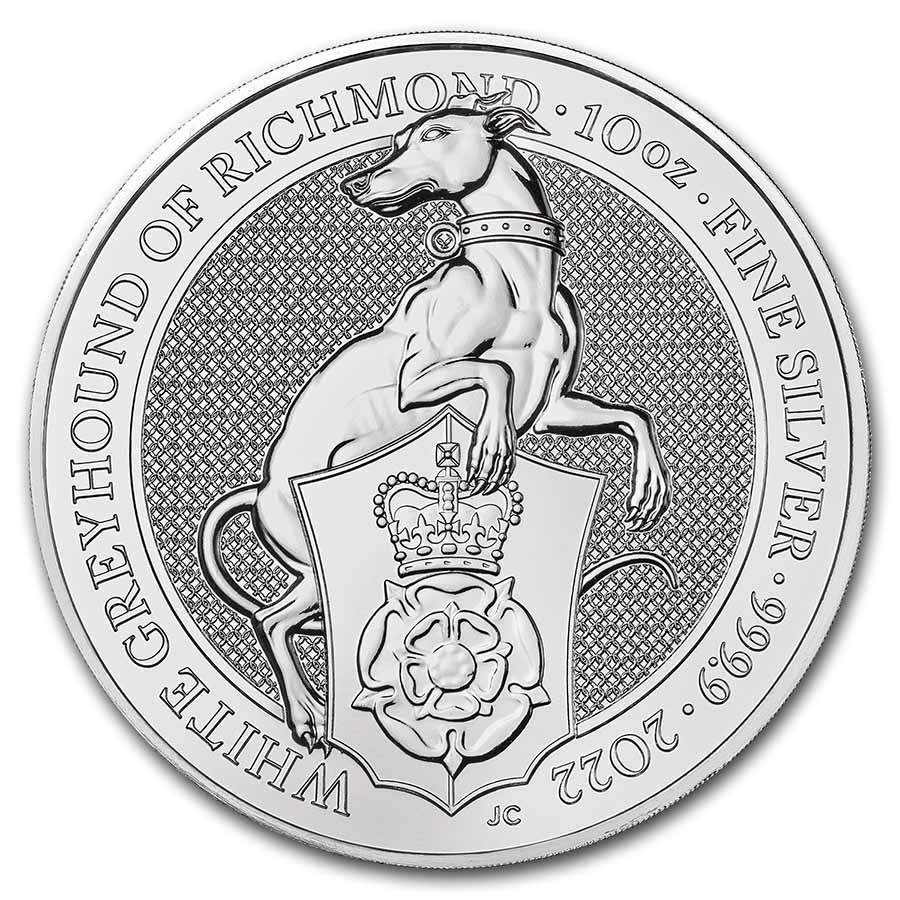 Product Details
Product Details
As low as $5.49 per oz over spot
The tenth and final release of the Queen's Beast series features the White Greyhound of Richmond, commemorated in 10 oz of .9999 fine Silver.

Coin Highlights
Protect your coins from fingerprints by adding these cotton gloves to your order.

The 2022 Queen's Beasts Silver White Greyhound coin is the tenth and final 10 oz Silver British Bullion coin from the Royal Mint. Add the coin to your cart today!

The Queen's Beast Series
This 10-coin series began in 2016 with the introduction of the Lion in 1 oz .9999 fine Gold and 2 oz .9999 fine Silver. Since the first release, the series has been popular among investors & collectors alike, and has expanded to include bullion coins in 1 oz Platinum and 10 oz Silver, as well as Gold and Silver Proof releases in a variety of sizes. The reverse of each release features one of the 10 famous beasts, and 2021 features The White Greyhound of Richmond, who is associated with qualities such as fitness and skill, as well as faithfulness and loyalty. Descendants of Edward III used the greyhound as a badge and it became closely associated with the House of Lancaster before passing to the Tudor family.