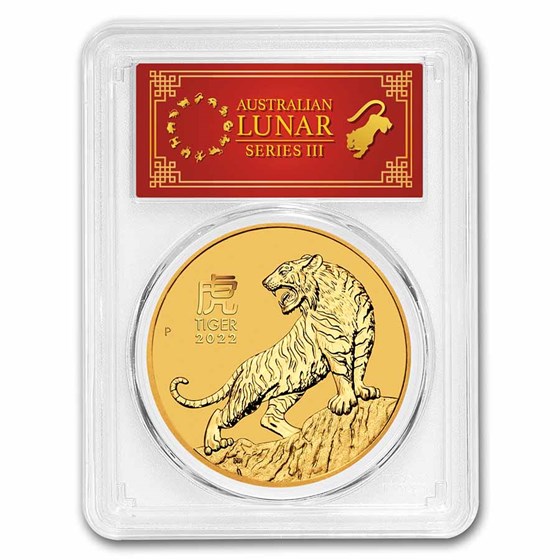 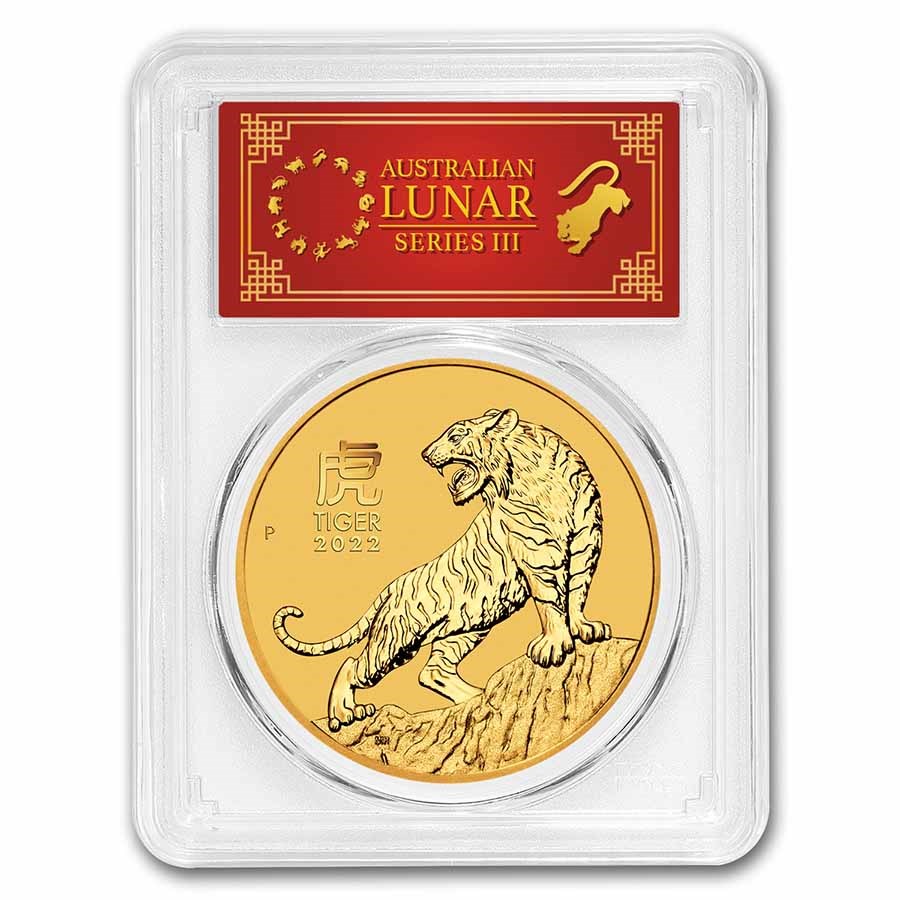 Your purchase is guaranteed to match the quality of the product shown. It will not be this exact item.
Product Details
Product Details
This 2 oz Gold coin celebrate the Year of the Tiger, the third of twelve animals associated with the ancient Chinese lunar calendar. The coin is certified a Mint State 70 by PCGS, with First Strike designation, and includes our exclusive Red Label.

Proudly display your 2 oz Year of the Ox coin by adding a display box to your order.