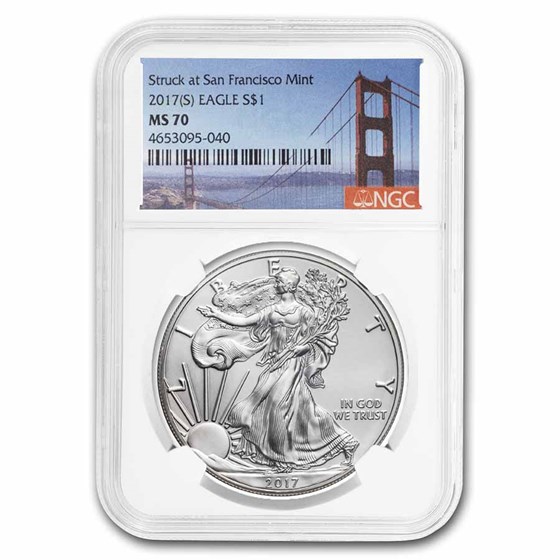 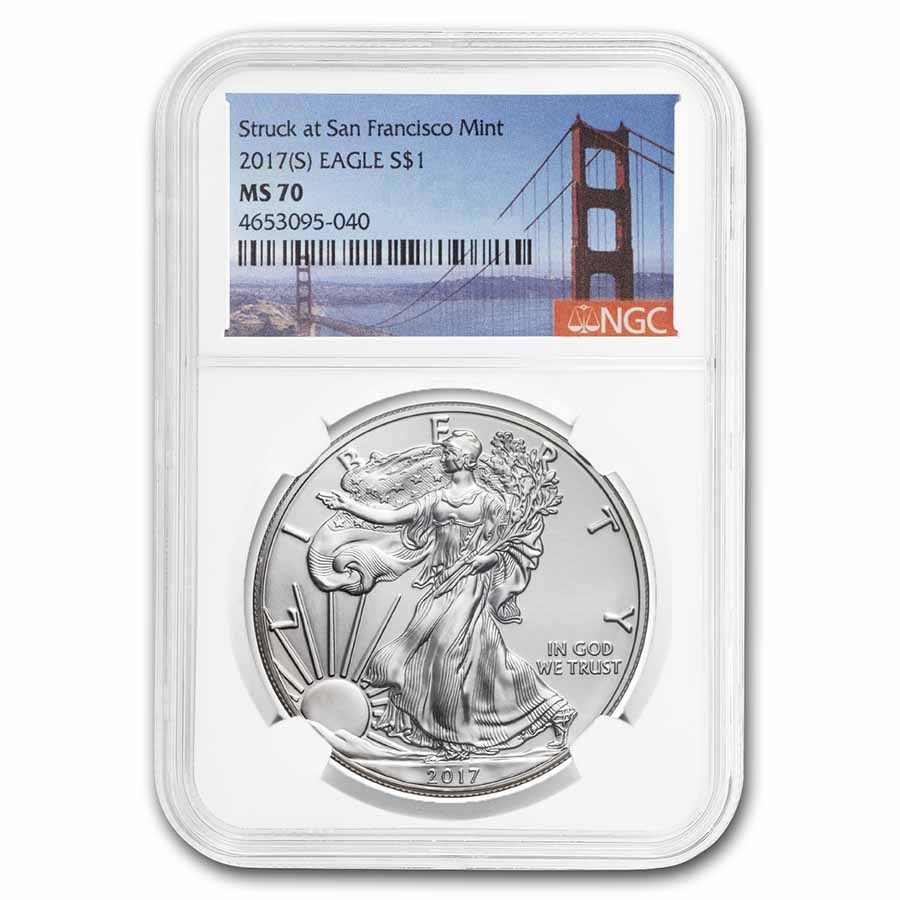 Your purchase is guaranteed to match the quality of the product shown. It will not be this exact item.
Product Details
Product Details
With 3,000,000 2017-dated coins known to have been minted in San Francisco, these are one of the scarcest issues in the Silver Eagle series. Though bearing no mint mark on the coins, these have been certified by NGC, one of the top grading services.

Though the coins themselves bear no identifying characteristics, the serial number written on the box indicates the mint of origin, and as long as the box remains sealed, the coins inside can be attributed as from the San Francisco Mint by either of the major grading services.

Don't miss this opportunity to add this modern rarity to your collection. Add the 2017 San Francisco Silver Eagle coin to your cart today!