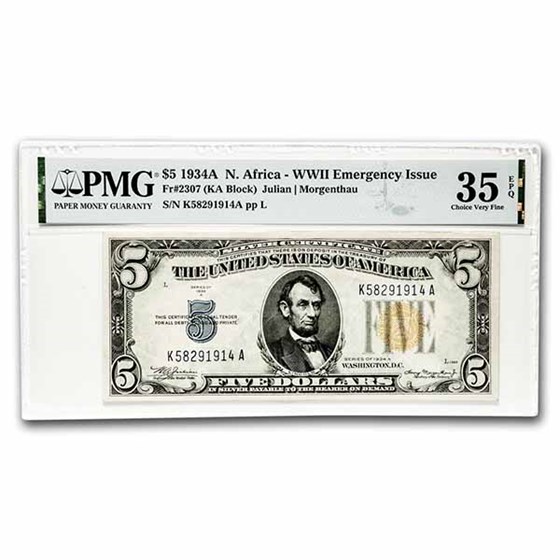 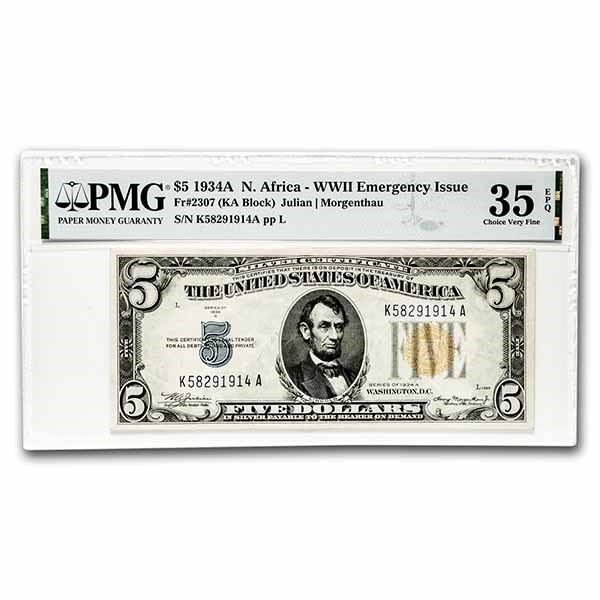 Product Details
Product Details
These notes were issued as part of a series for use by GI's in the North African, and later the European Theater of Operations during World War II. They also feature a large yellow seal and blue serial numbers!