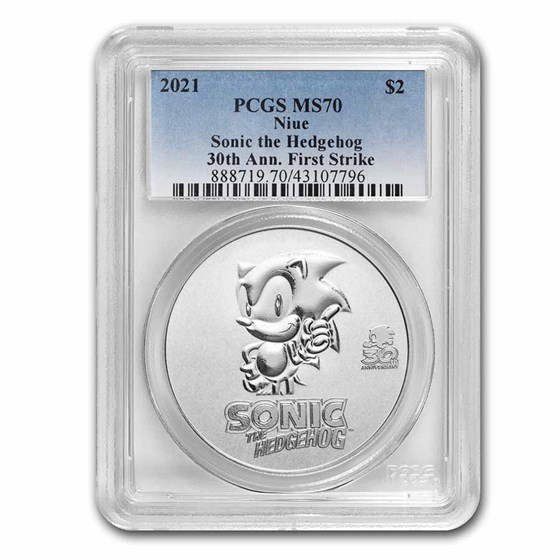 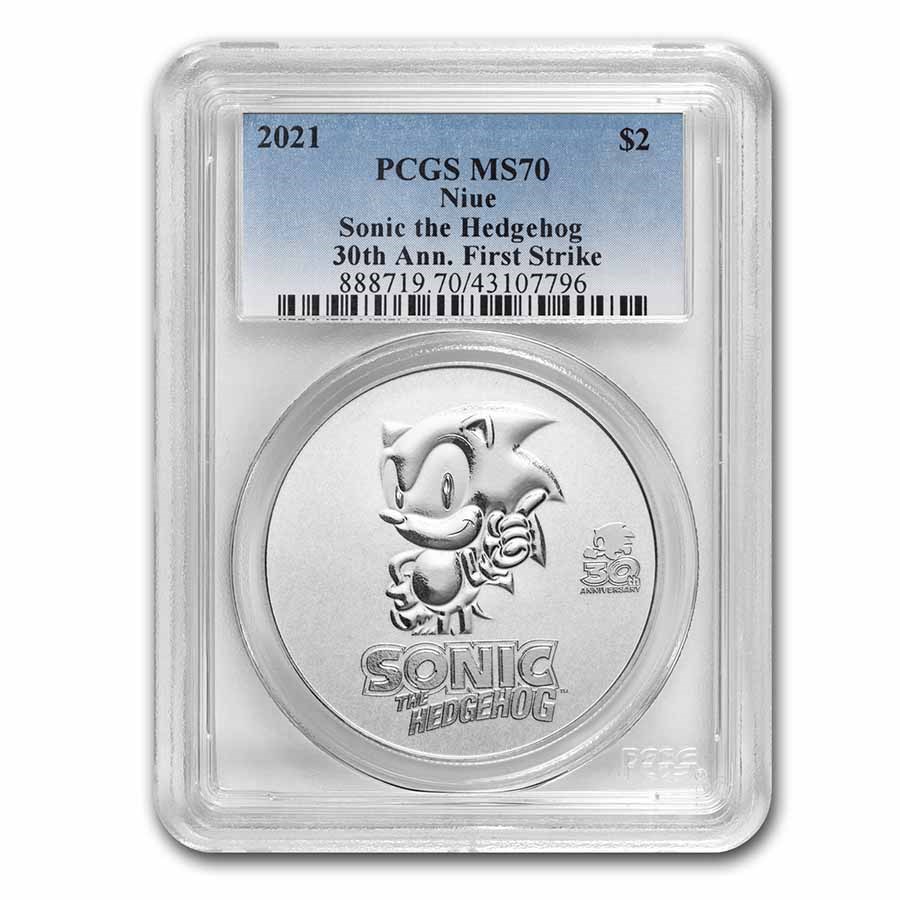 Product Details
Product Details
This APMEX exclusive coin has been graded a perfect coin by one of the leading grading services. Celebrate the 30th anniversary of Sonic the Hedgehog with this Silver coin. There is an extremely limited mintage of 30,000 coins.


Protect and display your Sonic The Hedgehog Silver coin in style by adding an attractive display or gift box to your order.

Claim one of these coins stamped in .999 fine Silver. These official Sonic coins make the perfect gift for SEGA fans and coin collectors alike. Add this perfect graded 2021 1 oz Silver Sonic The Hedgehog coin to your cart today!