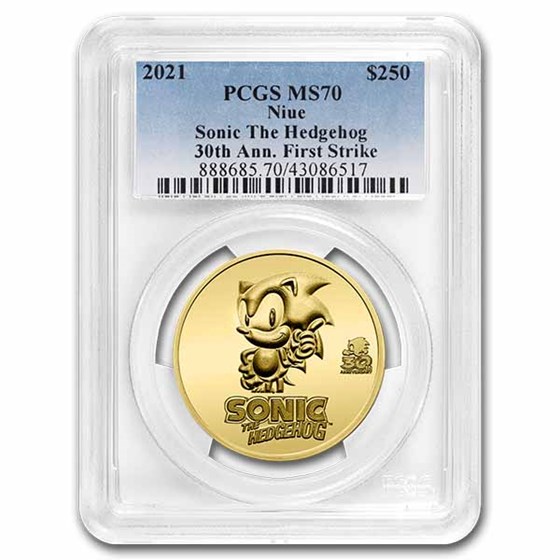 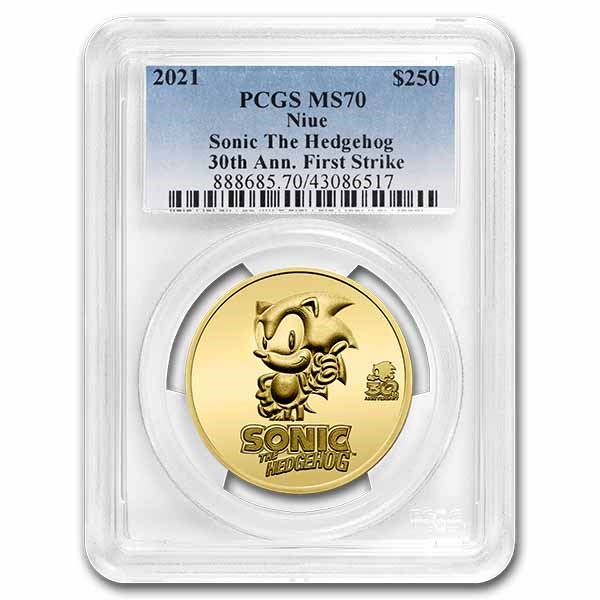 Product Details
Product Details
These coins have been graded a perfect coin. There is an extremely limited mintage of only 300 coins. Available exclusively at APMEX, celebrate the 30th anniversary of Sonic the Hedgehog with this Gold BU coin.


Protect and display your Sonic The Hedgehog Gold coin in style by adding an attractive display or gift box to your order.