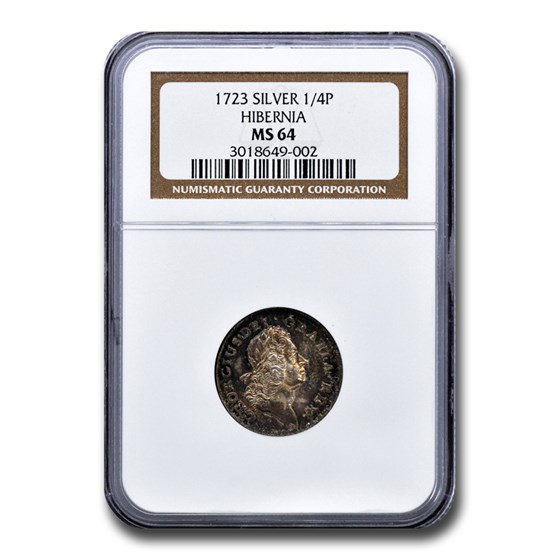 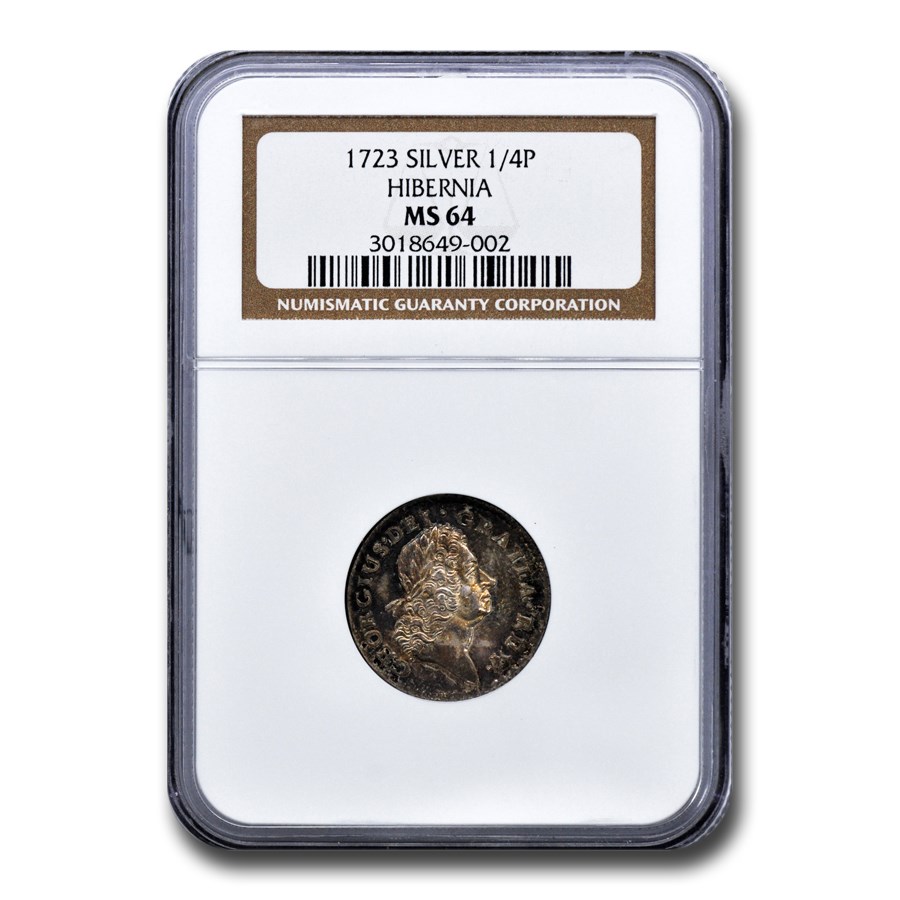 The product pictured is the exact product you will receive.
Product Details
Product Details
The Wood's Hibernia issue of coins was originally minted for circulation in Ireland. The populace rejected the issue however and many of the coins produced under royal contract found their way to the American colonies.

This is a really nice 1723 Wood's Hibernia Silver Farthing Quarter Pence. The legend "Hibernia" is the Latin name for Ireland and it means the "Land of Winter." Georgius Dei Gratia Rex is Latin for "George, by the Grace of God, King." These coins found their way to colonial America from Ireland where the populace refused to use the coins King George authorized. Because of this, a number of these were sent to America. This is an amazing opportunity to own a coin used in the United States as legal tender, before America declared its independence and issued its own currency.