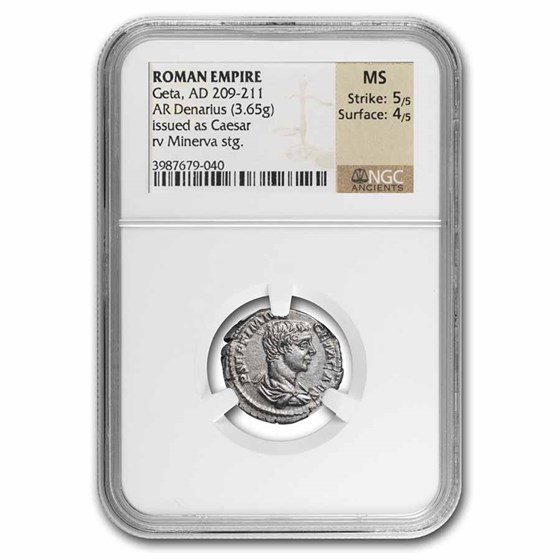 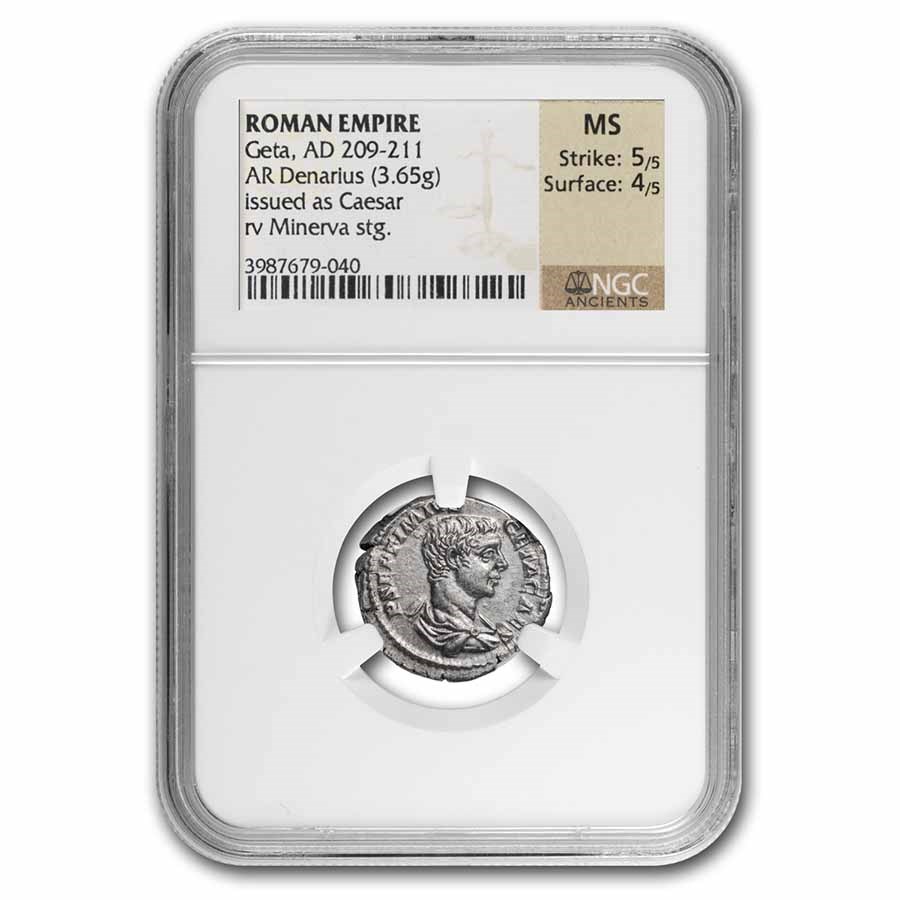 The product pictured is the exact product you will receive.
Product Details
Product Details
This coin was minted during the reign of Geta and Caracalla who acted as co-rulers of the Roman Empire. Issued as Caesar, a well centered example with an attractive portrait.


Protect and display your Roman Silver in style by adding an attractive display or gift box to your order.

Add this Roman coin of Emperor and Caracalla to your cart today!