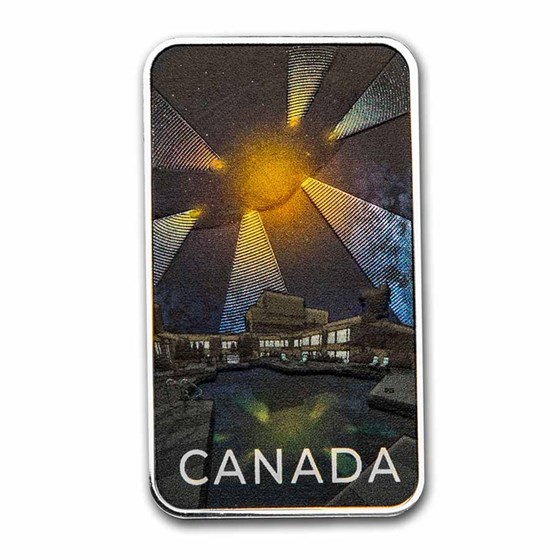 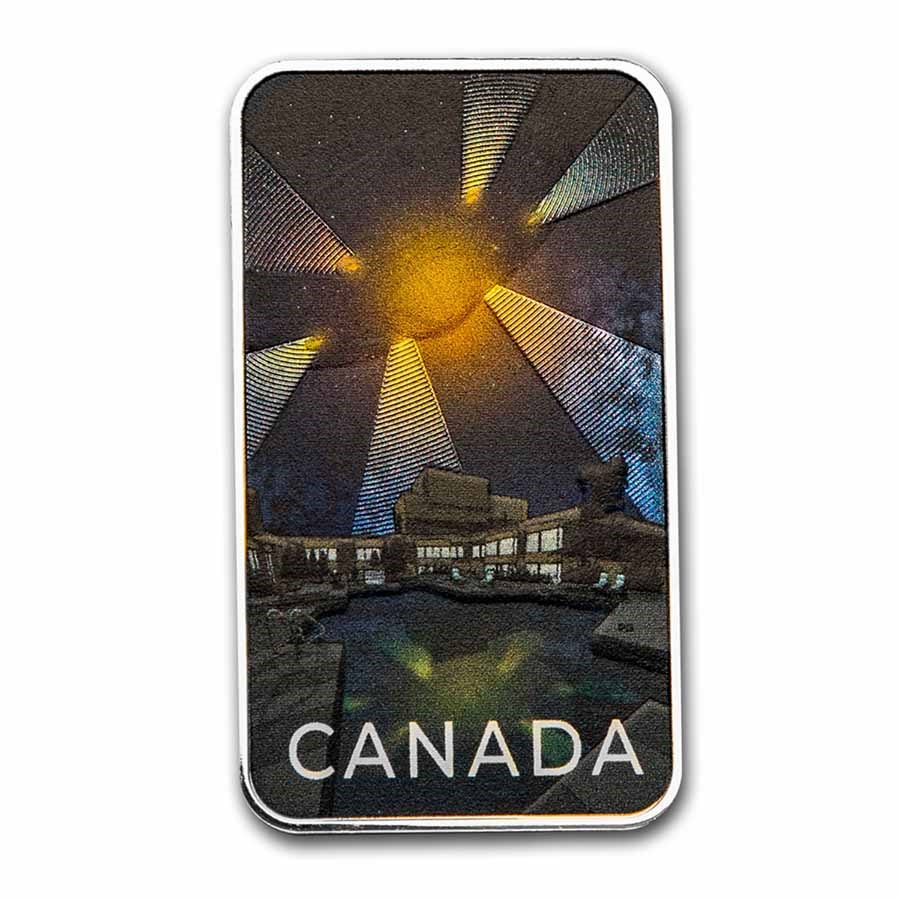 Product Details
Product Details
Sold out at the mint! Dubbed the “Montréal Incident,” this famous UFO sighting has been re-created on the fourth Unexplained Phenomena coin.

Its colorful, glow-in-the-dark design transports you to the rooftop pool at the Hôtel Bonaventure Montréal on the night of November 7, 1990, when a mysterious object suddenly appeared in the sky. On the coin, the UFO’s light beams are enhanced with black light paint technology, which is activated by the flashlight that comes with your coin. There is even engineered a Fresnel optical effect that alters that way light reflects on the coin, depending on your viewing angle—tilt the coin and you’ll see!

November 7, 1990, 7:20 p.m.: A tourist was enjoying a relaxing swim in the rooftop pool of the Hôtel Bonaventure Montréal, when suddenly, green and yellow light beams emanating from a large, metallic object lit up the night sky. The woman alerted the lifeguard, who called the hotel’s security guard; soon, guests, hotel staff and management had gathered to view this anomalous aerial object, which continued to hover in place. When the light beams suddenly became brighter, police were called in. Baffled, the first officer on the scene contacted his superiors, and before long, the Royal Canadian Mounted Police, the Canadian military and even NASA (National Aeronautics and Space Administration) were reportedly looking into this strange object. Sometime after 10 p.m., dense cloud cover obscured the view of the UFO, but photographs taken by a journalist provide compelling physical evidence of this unexplained phenomenon.