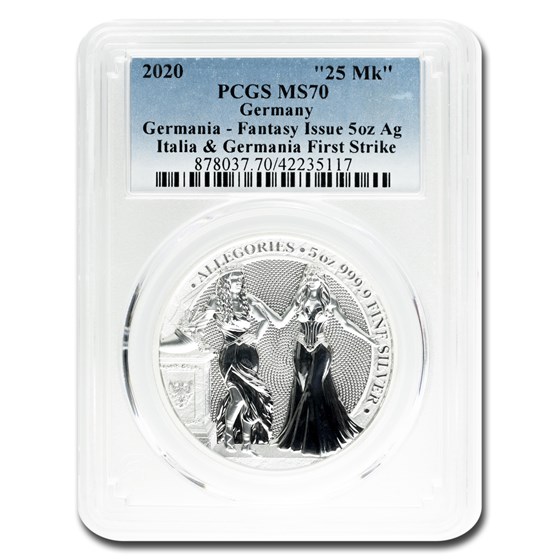 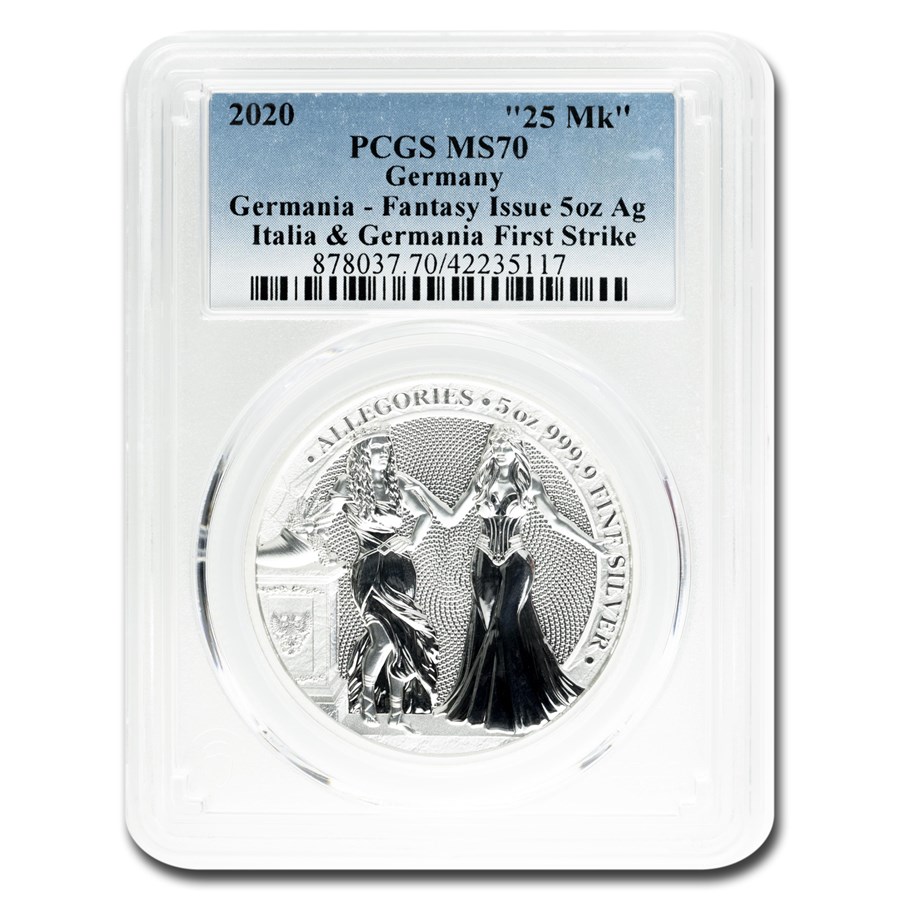 Product Details
Product Details
Following the success of the 1 oz Silver Germania, the Germania Mint is expanding the world-wide sought after series with the 'Allegories' series. Germania will 'meet' with legendary national personifications in symbolic circumstances.

Add this beautiful and low mintage 5 oz Silver round to your cart today!