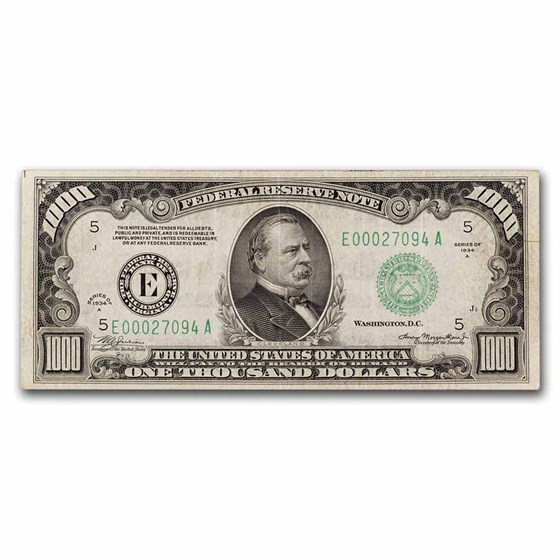 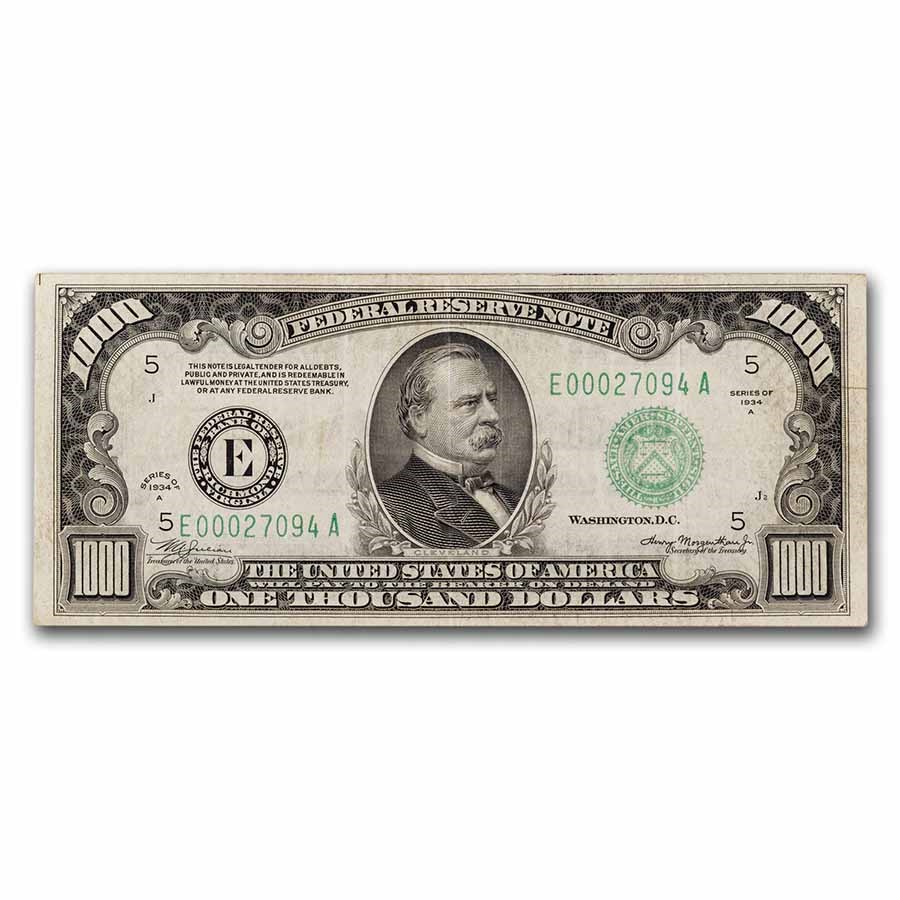 Product Details
Product Details
This $1000 Federal Reserve Note is from the 1934-A series issued by the Richmond district which is one of the key districts due to a lower number of notes printed. Excellent example of a Very Fine note which would make a great addition to any type set!