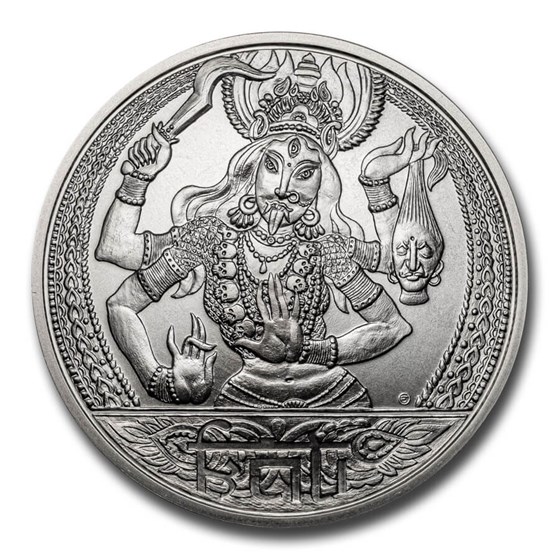 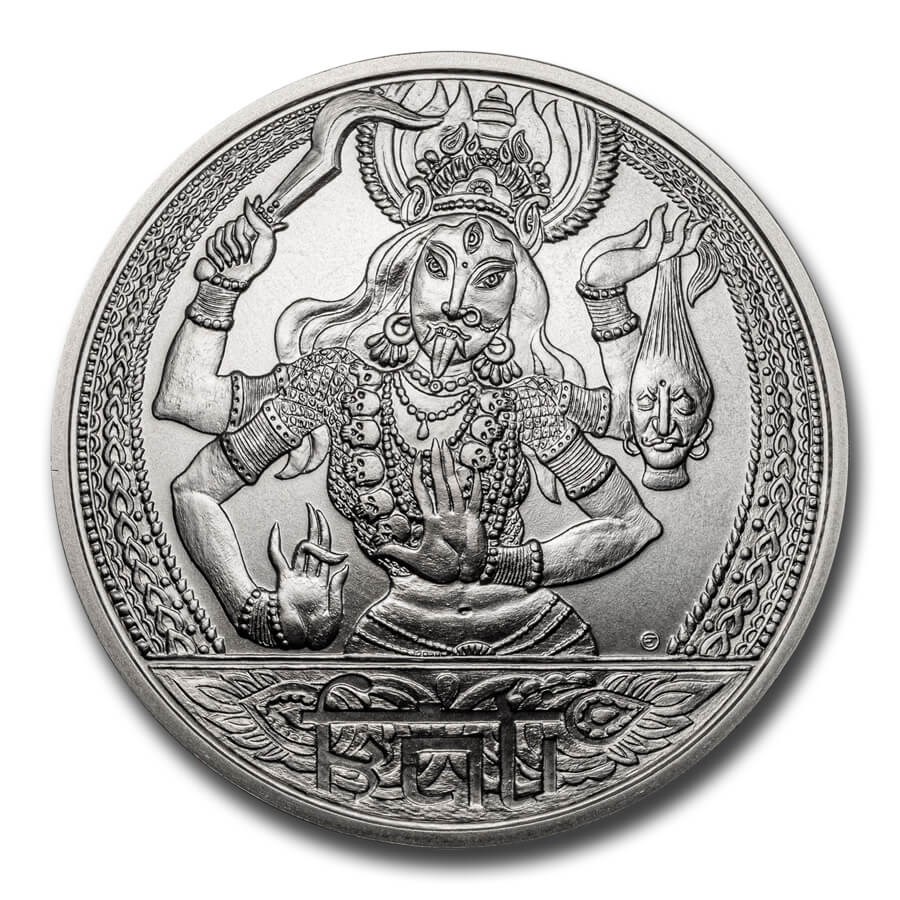 Add this 2021 Niue Silver Kali coin to your cart today!

Kali
Kali is the goddess of anger, change and death, and among Hindus she has immeasurable respect. She is a loving mother who destroys that which might threaten her divine mission.