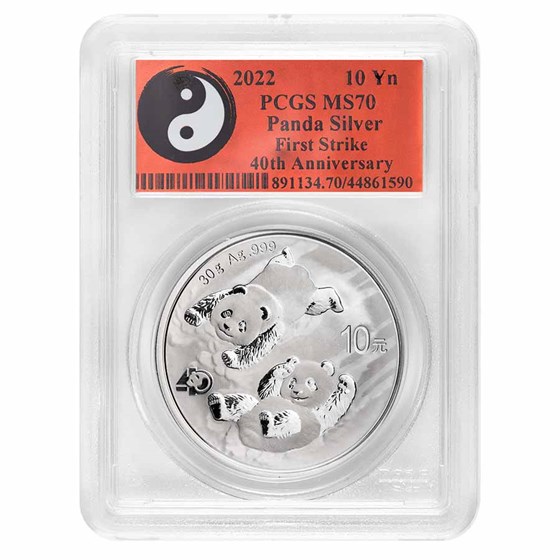 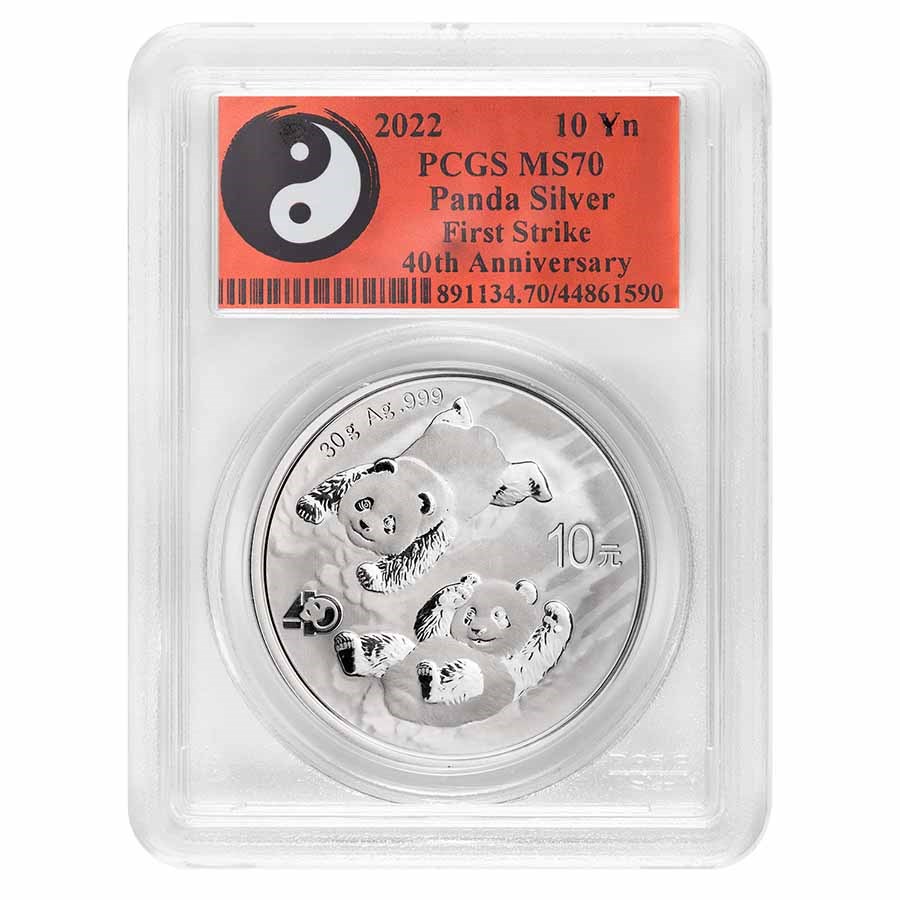 Product Details
Product Details
APMEXclusive® label made specifically for the 40th Anniversary. The design of the label pays homage to China with a modern yin-yang symbol, symbolic to the country along with a red foil label, which symbolizes good luck or good fortunes.

This year marks the 40th Anniversary of the Chinese Panda coin and this special label celebrates this anniversary.

The 2022 Anniversary Silver Panda is sure to be an even greater collectible. Add the 2022 30 gram Silver Chinese Panda coin to your cart today!

An excellent design for a special year!

I didn't own any Pandas in my collection at the time of me purchasing this, so when I realised this was the series' 40th Anniversary, I knew I had to pick one up. Interestingly, unlike many other countries, China's bullion coins use metric weights, in this case being 30 grams instead of 1 troy ounce, which makes it stand out among other silver coins. The design also changes every year, which is all the more reason for me to collect a few more from now on :) As for the coin and holder itself, both were in fantastic condition, and the foil effect on the holder's special label is pretty neat too. Absolutely no complaints here!