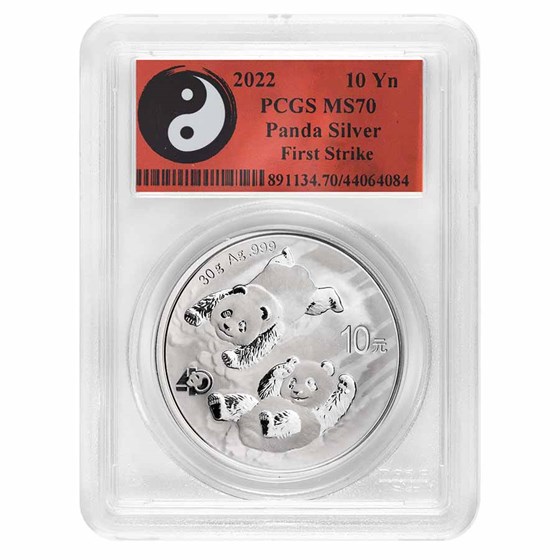 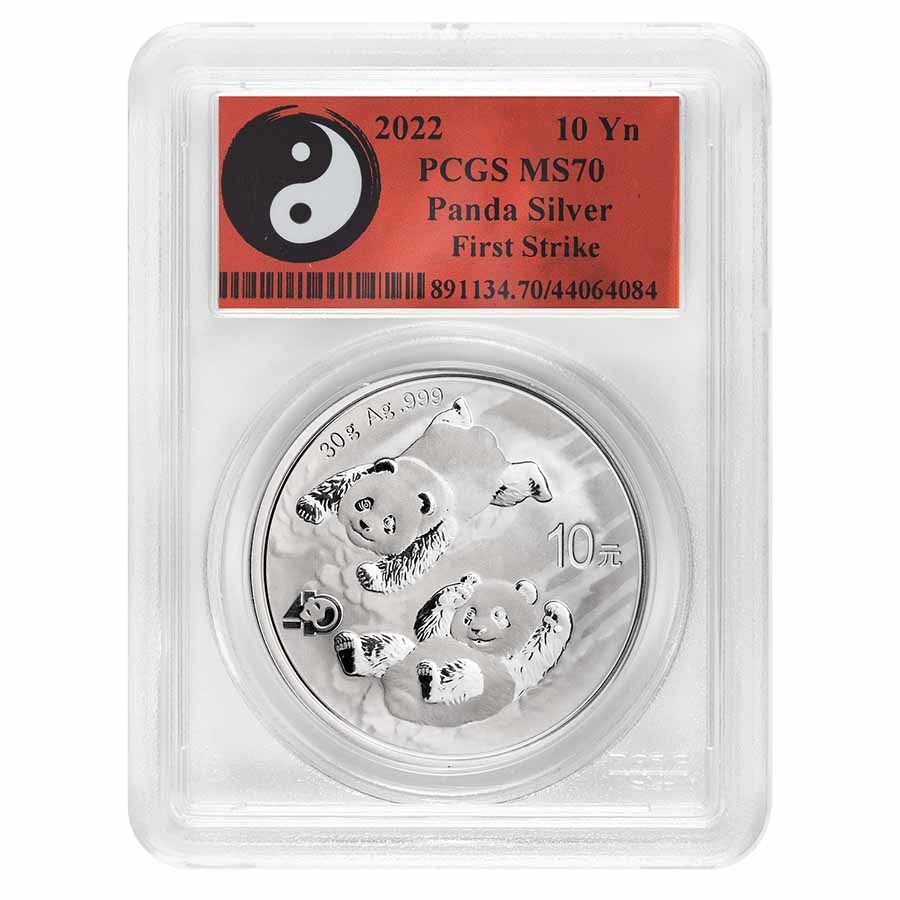 The 2022 Silver Panda is sure to be an even greater collectible with the new weight system for this popular series. Add the 2022 30 gram Silver Chinese Panda coin to your cart today!

Pandas
The Silver Pandas were first minted in 1983. The first 3 years of mintage were in proof quality condition, and had a limited mintage of 10,000 pieces for each year. No Silver Pandas were struck in 1986, but they have been minted every year since then. Each year, the design of the panda changes making them highly collectible. The only year they didn’t change designs was 2002, which used the same design as 2001.