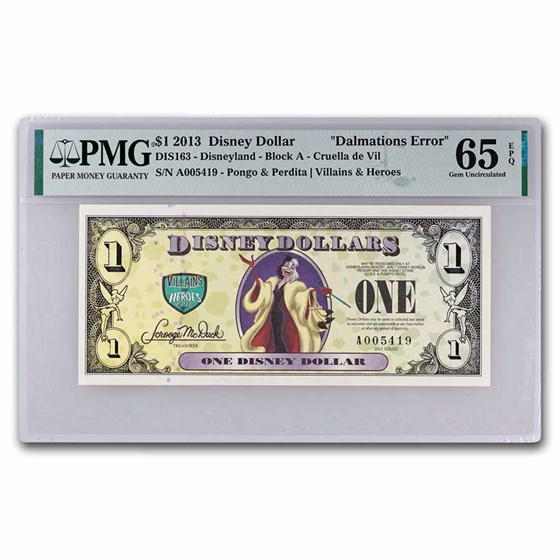 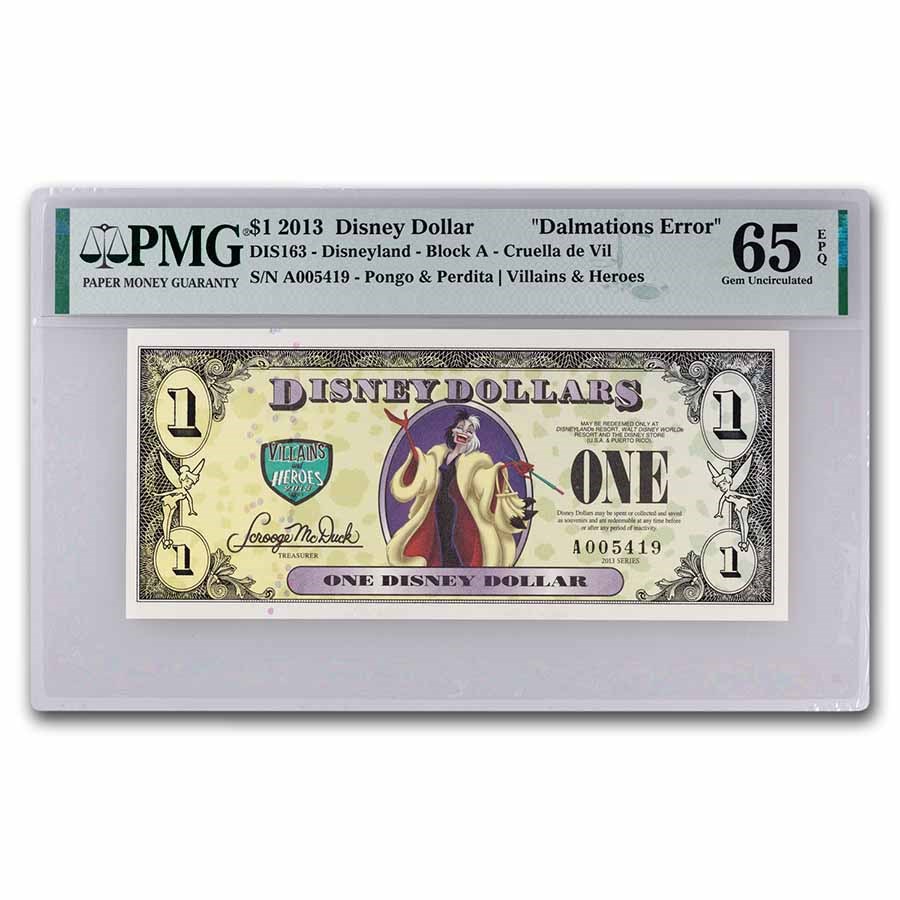 Product Details
Product Details
This 2013 $1 Cruella Disney Dollar is graded by PMG as Gem Uncirculated 65 EPQ. This error note is a must-have for a complete Disney note collection.