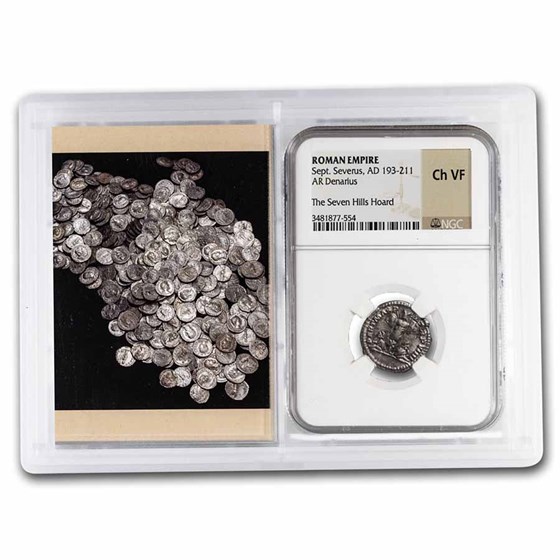 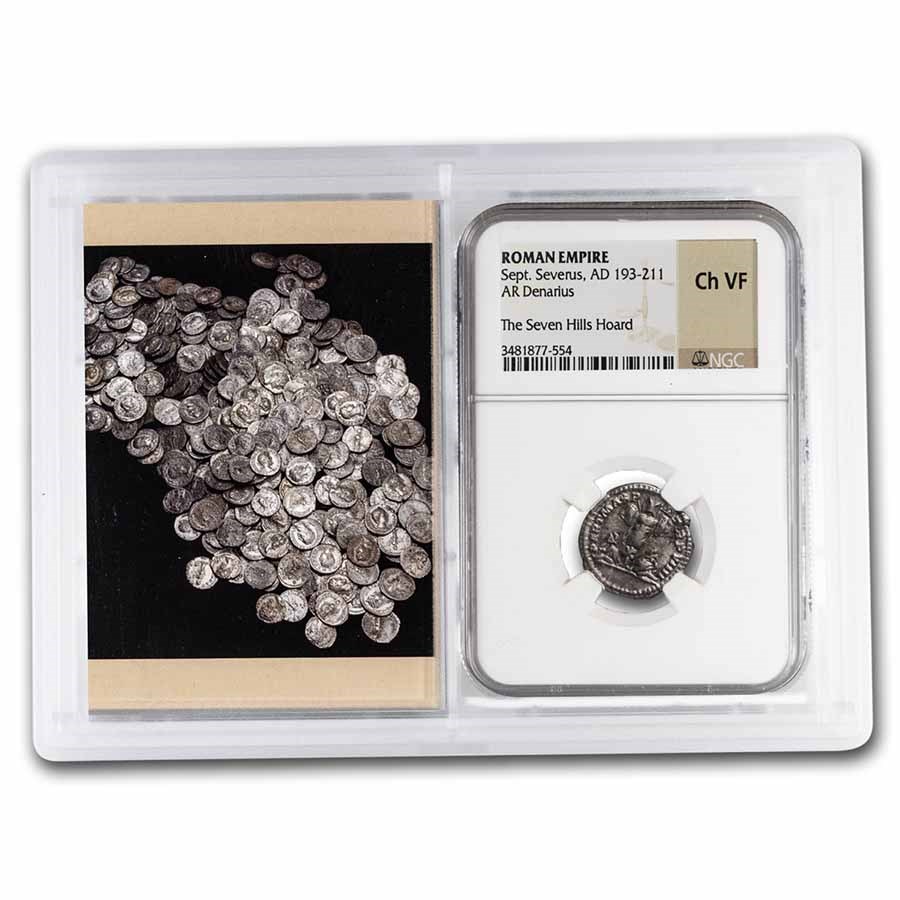 Product Details
Product Details
This Roman Silver Denarius was issued during the reign of Emperor Septimius Severus, who ruled Rome from 193-211 AD. This coin is protected in an attractive Seven Hills Hoard NGC Story Vault telling the background of the denarii.


Protect your ancient coin by adding these cotton gloves to your order today.

Add this Roman Denarius of Emperor Septimius Severus to your cart today!