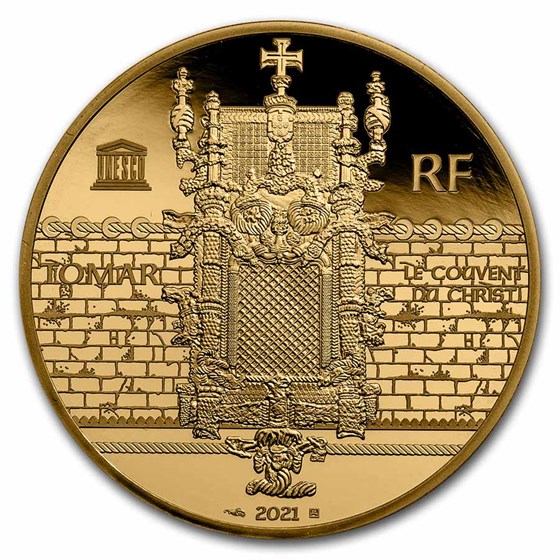 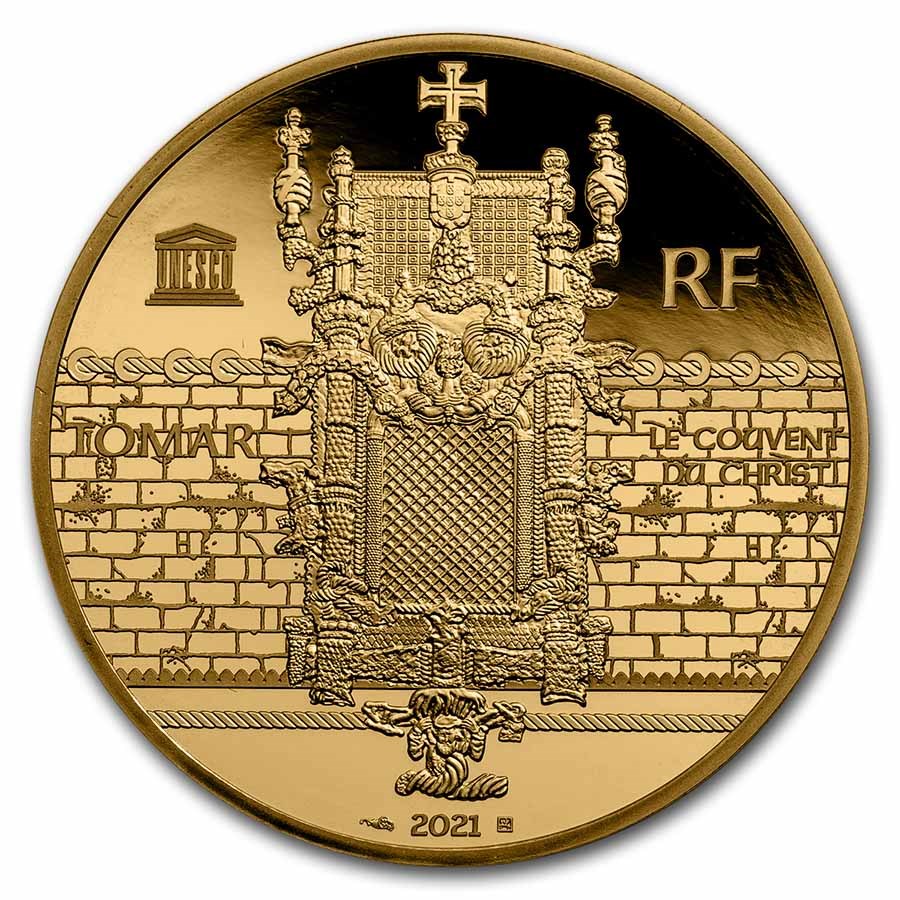 Product Details
Product Details
Only $2,695.00 per coin
Since 2007, Monnaie de Paris has been honoring various monuments on the UNESCO World Heritage list in a series of collector coins.

From 2014 to 2018, the series is dedicated to one of the most famous sites on this list: the banks of the Seine in Paris. From 2021 onwards, the collection will continue its journey around the world. In 2021, on the occasion of the 500th anniversary of his death, Monnaie de Paris pays tribute to one of the first explorers to have undertaken and succeeded in a world tour, Ferdinand de Magellan (1480-1521).

This Gold coin would be a great addition to any collection or an ideal gift for a loved one. Add this 2021 France 1/4 oz Gold €200 Magellan and the Manueline Age coin to your cart today!

History of the Design
The Convent of the Order of Christ, located in the Portuguese city of Tomar, was originally a Templar fortress built in the 12th century. When the Order of the Temple was dissolved in the 14th century, the Portuguese branch of the order was transformed into the Knights of the Order of Christ, who would support Portugal's 15th century maritime discoveries. The Convent of Christ in Tomar is one of the most important historical and artistic monuments in Portugal. In 1983, the Convent of Christ was declared a UNESCO World Heritage Site, together with the Tower of Belém and the Hieronymite Monastery. It is characterized by an abundance of decorative motifs, mixing several styles of the time such as Romanesque, Gothic and Moorish. It is made up of several decorative motifs linked to the discoveries and the Portuguese navy: shells, corals, waves, fish, anchors, navigation instruments and ropes are mixed with the armillary sphere and the Cross of Christ, personal symbols of King Manuel I of Portugal. The Belém Tower and the Hieronymite Monastery are considered major works of the Manueline style.
Monnaie de Paris
Founded in 1864, not only is Monnaie de Paris France's longest standing institution, but it is also the oldest enterprise in the world. Today, the mint strikes circulation coins for France, as well as beautiful Gold and Silver commemorative coin programs, which are each intricately designed works of art. The mint is also home to a museum that hosts exhibitions, tours and workshops as well as the Guy Savoy Restaurant.