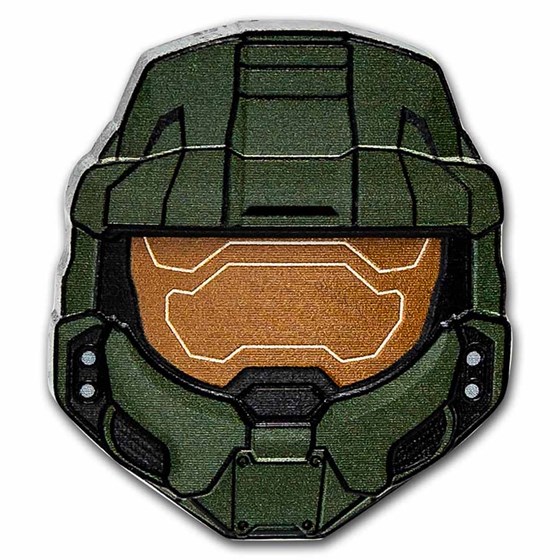 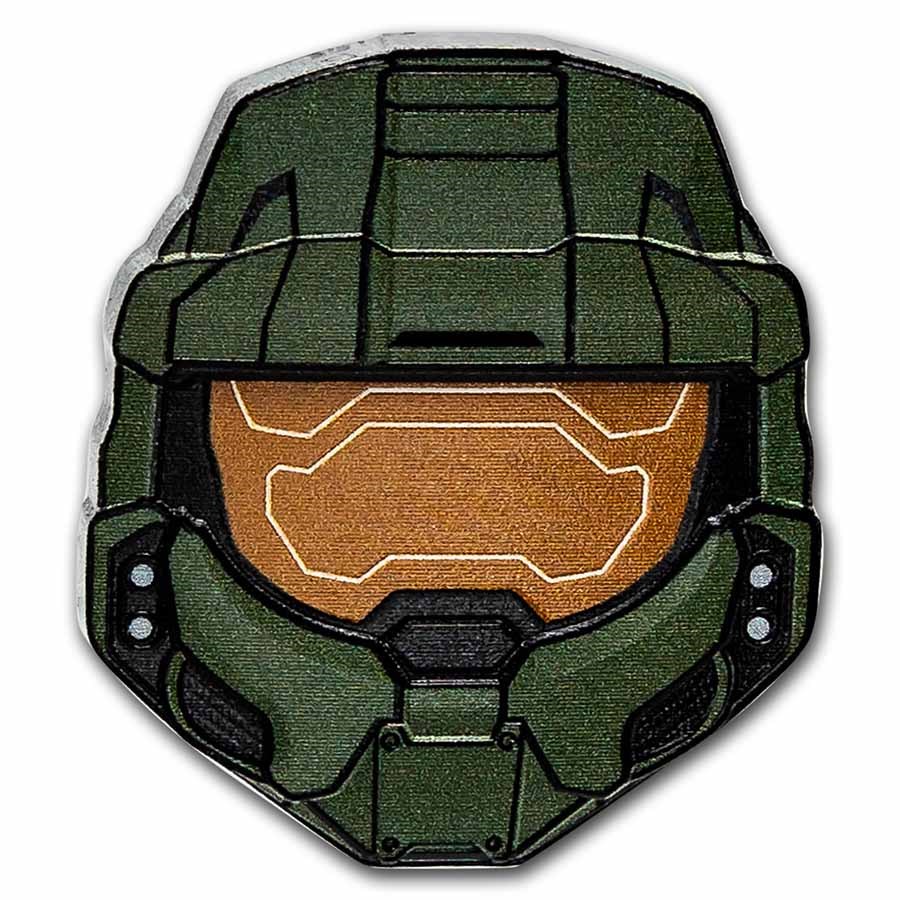 Be sure to grab this highly collectible coin immortalized in .999 fine Silver. Add this 1 oz Halo Master Chief shaped coin to your cart today!

Master Chief and Halo
The Halo video game series was developed by Bungie studios and published by Microsoft for their XBox gaming system. The games are played as sci-fi first-person shooters with a story centering around the mystery of the titular halos. Master Chief is a super soldier known as a Spartan, initially developed to suppress rebellions in Earth's colonies, but later used to face off against the alien alliance known as the Covenant.

New Zealand Mint
The New Zealand Mint is a privately owned company in Auckland, New Zealand. It is the only privately owned mint in New Zealand, purchasing refined Gold from international sources to produce coins. They have established their reputation over the past four decades for their high quality design as exhibited by their innovative commemorative Gold and Silver bullion products. The only Precious Metal mint in New Zealand, the mint uses the tag-line “Minters of the South Pacific” and produces collector and bullion coins for a number of Pacific nations, including Fiji, the Cook Islands, Niue and Tuvalu.