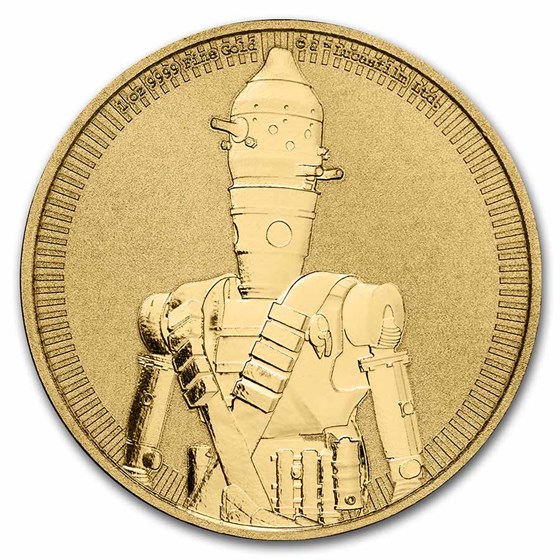 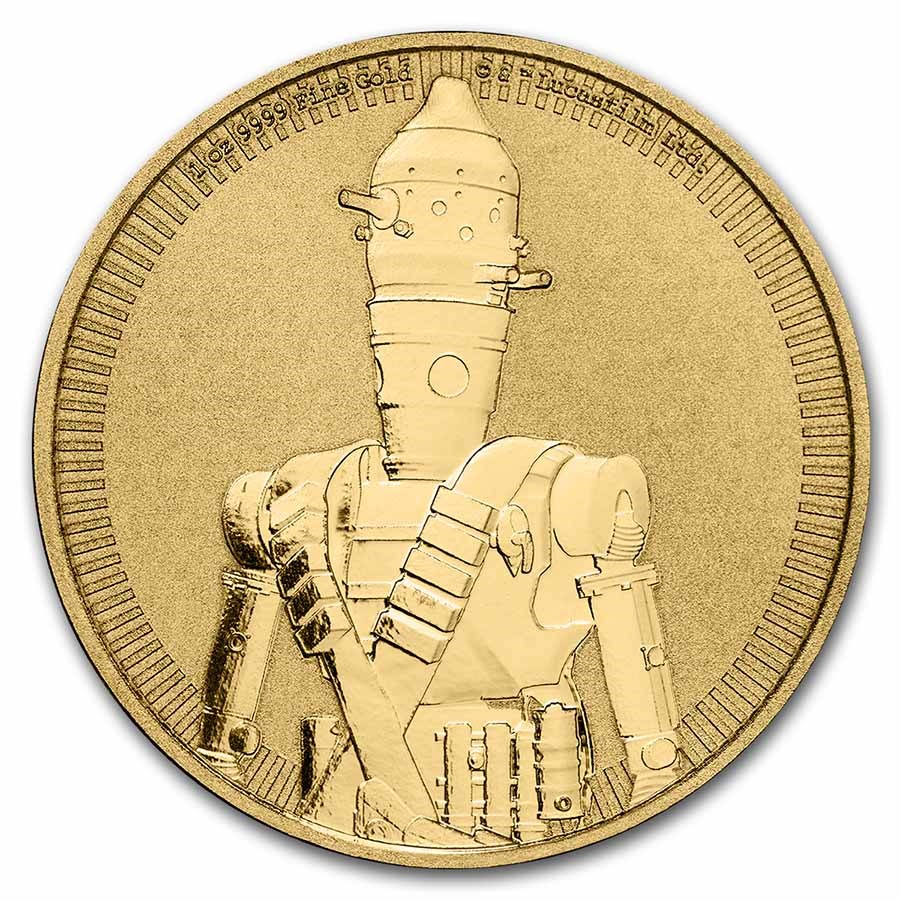 Product Details
Product Details
As low as $89.99 per coin over spot
This is the third release in the APMEXclusive® Star Wars Mandalorian series featuring the IG-11 assassin droid from the hit show on Disney+. Grow your Precious Metals investment in highly collectible Star Wars Gold bullion!

Be sure to grab this highly collectible coin stamped in .9999 fine Gold. These official Star Wars IG-11 coins make the perfect gift for Star Wars fans, numismatists and investors alike.

Explore the Galaxy Far, Far Away
In 1977, pop culture changed forever with the introduction of George Lucas' famed series, Star Wars. The worldwide phenomenon expanded to many films, comic books, television series, video games and theme park attractions. Star Wars is currently (as of 2021) the fifth-highest-grossing media franchise of all time. Star Wars has made its way into all mediums of pop culture with a memorable storyline and beloved characters like R2-D2, Darth Vader, Yoda and many more. The force is strong with these Star Wars coins at APMEX.