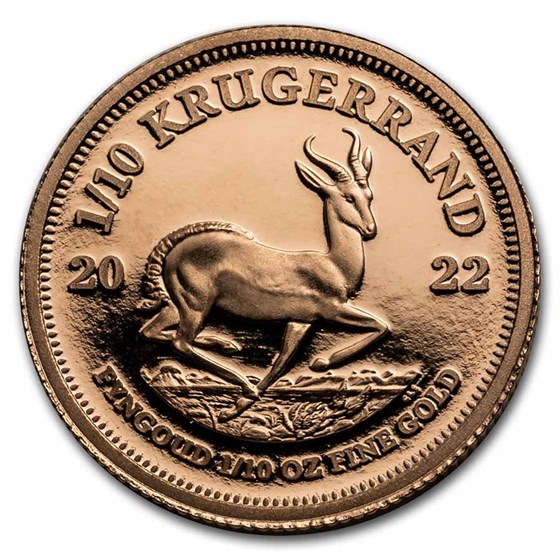 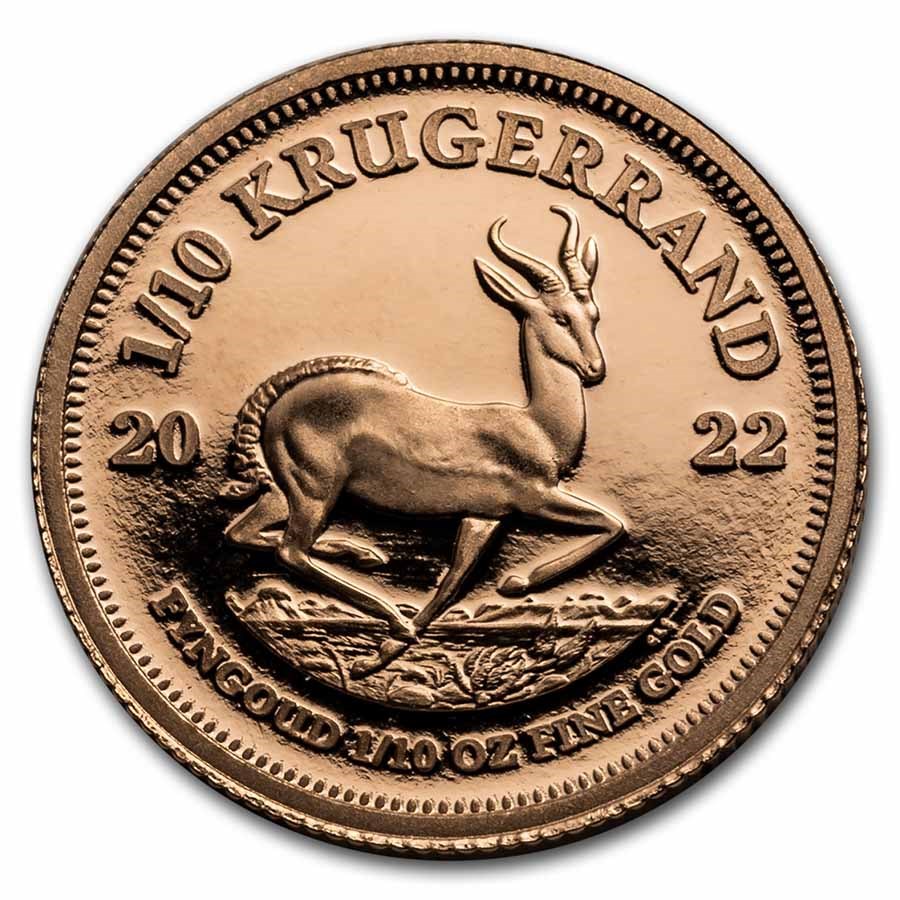 Product Details
Product Details
The image on this Proof Krugerrand coin is "frosted" so that it appears brighter, and is struck twice to better define the image. This 1/10 oz Proof Gold Krugerrand has a limited mintage of only 1,000 coins worldwide.


Protect your Proof Gold Krugerrand from fingerprints and marks by adding these cotton gloves to your order.

Expand your collection by adding one of the world’s most iconic designs to your cart today with this fractional 2022 1/10 oz Proof Gold Krugerrand coin.

2022 South Africa 1/10 oz Proof Gold Krugerrand
First introduced in 1967, the Krugerrand was the world's first modern Gold bullion coin and this popular Gold coin series is still a favorite of collectors and investors today. Krugerrands were minted to promote South African Gold to global markets. Krugerrands were never given a face value, but were intended to obtain their value from the price of Gold at the time they are traded.

The Gold Krugerrand is valued around the world, with a highly sought-after design inspired by history. They showcase the South African Republic's first president, Paul Kruger. On the reverse, a springbok antelope, which is the national animal, and the date of minting appear. On the Krugerrand Gold coin, the springbok is leaping into action, while President Kruger serves as a reminder of 19th century South African political and military affairs.