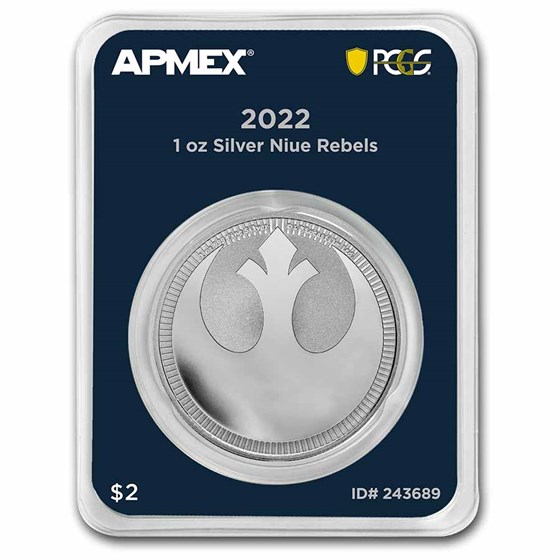 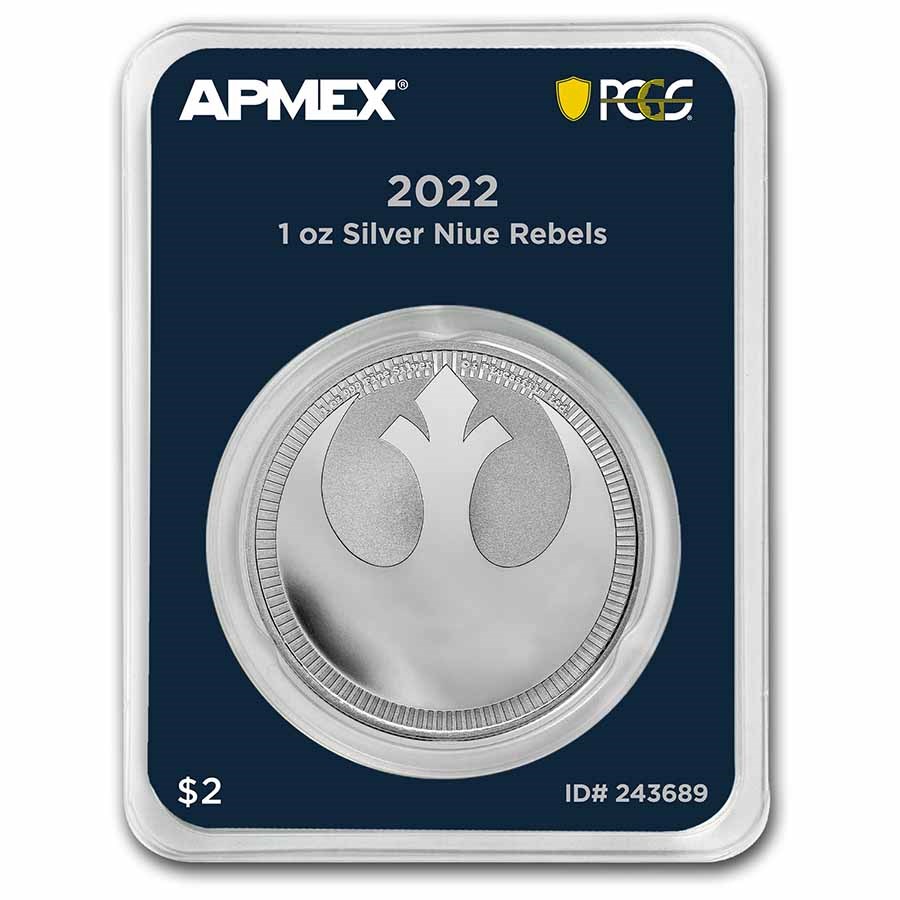 
Secure your Silver Rebel Alliance coin by adding an attractive display box to your order.

The sealing process seals the coin within the authentication card, creating a tamper-evident package that will guarantee your investment indefinitely. After the process is completed, the coin in the tamper-evident package is removed from the machine and checked to ensure that the quality of the packaging meets our exacting standards. You now have a finished MintDirect® Premier + PCGS FirstStrike® 2022 Niue 1 oz Silver $2 Rebel Alliance coin.

Star Wars Rebel Alliance Starbird
Following the collapse of the Galactic Republic into the Galactic Empire, an alliance of star systems rebelled and thus began the Galactic Civil War. As a symbol of that alliance, rebel leaders such as Leia Organa would adopt the starbird or phoenix which had appeared informally in anti-Imperial graffiti, in response to the demise of Galen Marek whose family crest bore the same symbol. Marek, an apprentice to Darth Vader, turned from the Dark side and sacrificed himself to protect the leaders who would go on to found the Rebel Alliance. This symbol would appear on the helmets, starships and other equipment of the alliance. Thanks to the leadership of Leia Organa, Admiral Ackbar, Han Solo, Luke Skywalker and many others the Rebellion would eventually be victorious.

A must have for Star Wars fans!

I saw this coin and being a lifetime Star Wars fan, I just couldn't resist the urge to buy it. This is very collectable. The rebel emblem stands as a symbol of Hope and the silvery shine really illuminates the emblem in the light. The Republic Seal of Niue on the reverse side looks great too! My only regret is that I only bought one at the time, because I didn't know it would be this beautiful. I'll never want to sell it & neither will you if buy it.