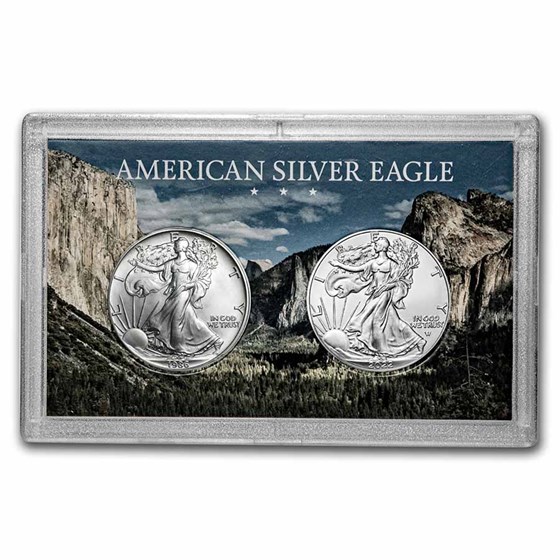 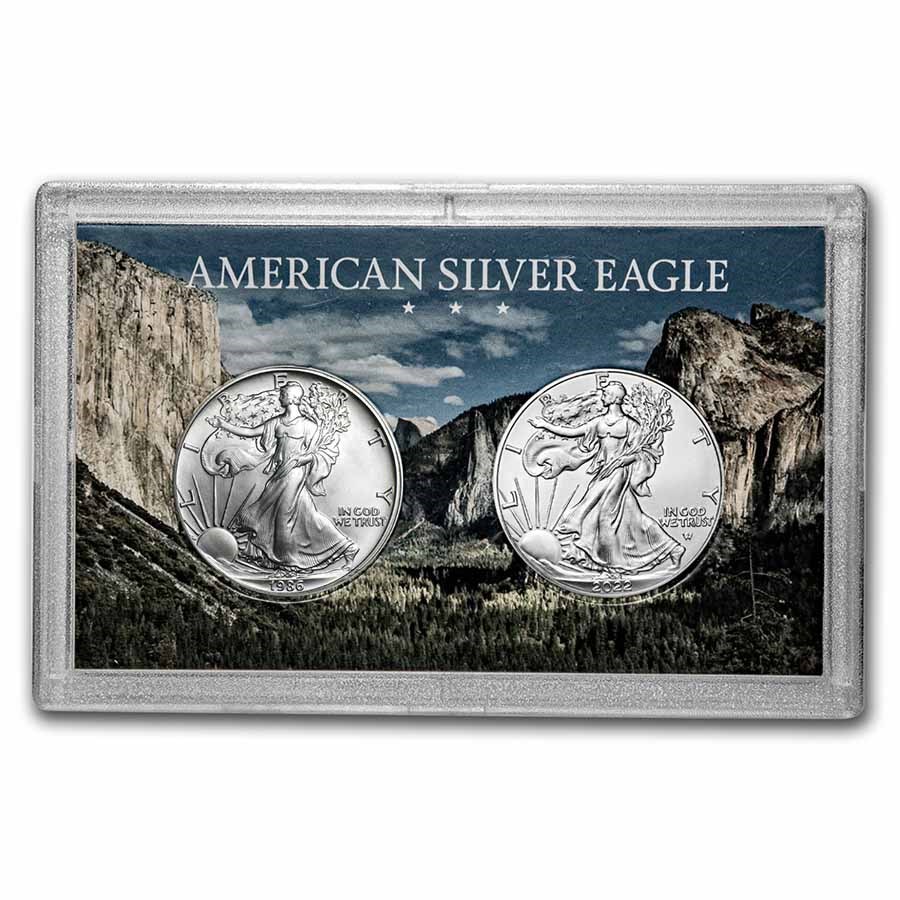 APMEX offers the largest selection of Silver American Eagles housed in special occasion packaging in the industry, which make for the perfect investment for those looking to commemorate an anniversary or seasonal holiday in style. To see our full assortment of special occasion and seasonal Silver Eagles, check out Silver American Eagle Coins (Special Occasions) for more all-year-round and seasonal offerings.

Coin Highlights:
Looking for more gift giving ideas? Click here for other great gift options to celebrate that special someone or occasion.

These Silver Eagles in Harris Holders are ideal for gift giving to friends, family members or loved ones, as they truly a timeless gift that is sure to last a lifetime. Add this Silver Eagle set to your cart today!

2022 Silver Eagle Design
In 2020, the United States Mint unveiled the updated reverse designs for the 2021 Silver Eagles. 2021 marked the 35th anniversary of the American Eagle coin program, and the design began appearing mid-year in 2021. AIP Designer Emily Damstra created the Silver Eagle design, which was sculpted by Mint Medallic Artist Michael Gaudioso. The 2022 American Silver Eagle design depicts a single eagle coming in for a landing, carrying an oak branch as if to add it to a nest.