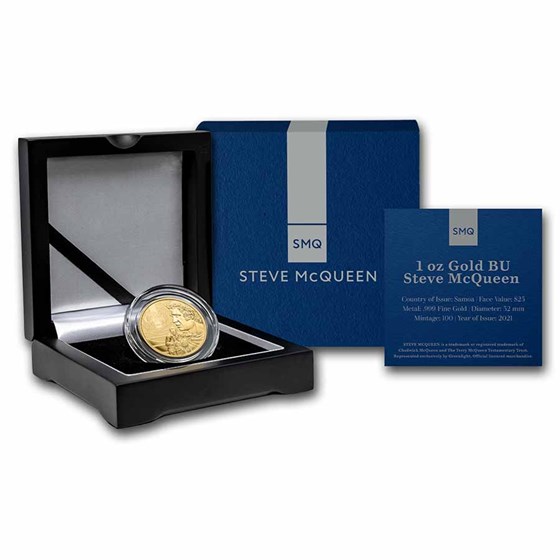 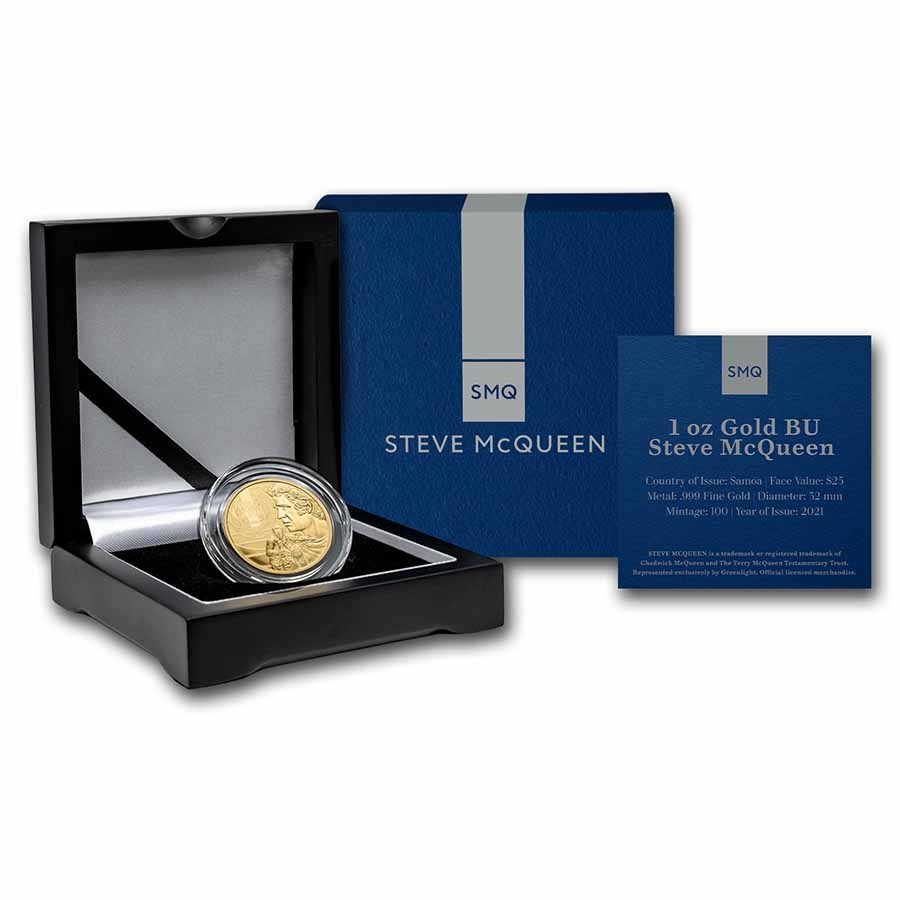 Product Details
Product Details
This bullion Gold coin, issued by the country of Samoa, commemorates The King of Cool. This APMEXclusive® has a limited mintage of 100 coins.

Don't miss out on this cool coin. Add this 1 oz Gold Steve McQueen coin to your cart today!

Steve McQueen
Steve McQueen was a successful film actor in the 1960s and 1970s. The first role that brought him stardom was in the sci-fi film The Blob in 1958. He was recognized for his rugged good looks and cool guy persona which were highlighted in numerous films. He also developed a love for motorcycles as well as exotic and vintage cars. Steve McQueen passed away on November 7, 1980 at the age of 50.

Samoa
The country of issue, Samoa is located in the South Pacific and is an island nation. The population is approximately 185,000 but many of them live in New Zealand, Australia and California. The Samoan way dates back more than 3,000 years and is still present today. Samoa is known for its natural beauty, hospitality and for being a place for adventures.