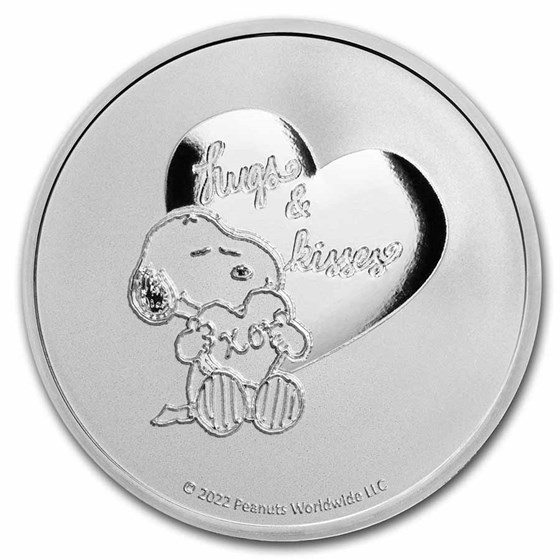 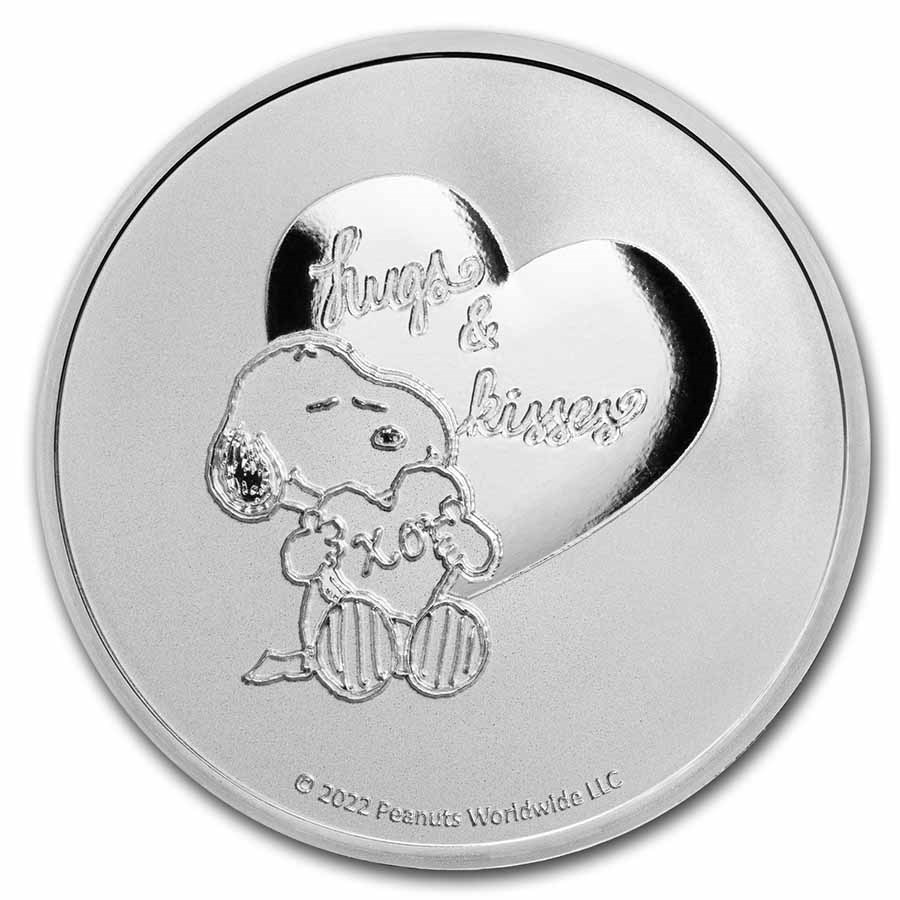 Product Details
Product Details
As low as $6.99 per round over spot
Show your love this Valentine's Day with these officially licensed Peanuts® Silver rounds featuring Snoopy. This marks the seventh release in the APMEXclusive® series. Invest in this unique limited mintage bullion today.

Round Highlights:
Protect your Silver in storage from the adverse effects of moisture in the air by adding these silica gel packets to your order.

Whether you are a collector, gift-giver or a Snoopy fan, these rounds are the ideal Valentine's Day gift for that special someone. Add this Peanuts® Snoopy Hearts Valentine's Day 1 oz Silver round to your cart today!

I love these Snoopy coins! How better than Snoopy to express love?