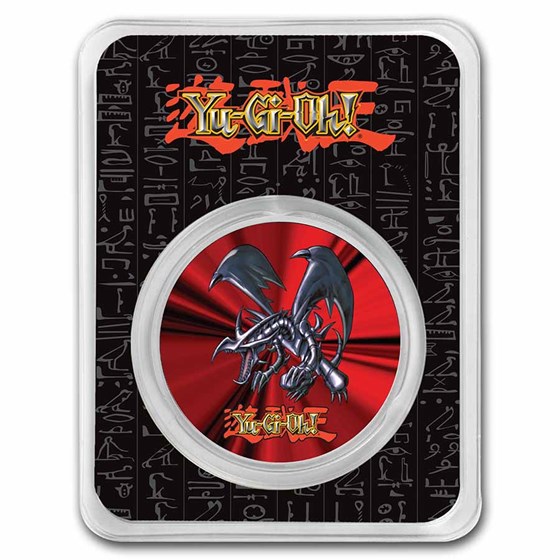 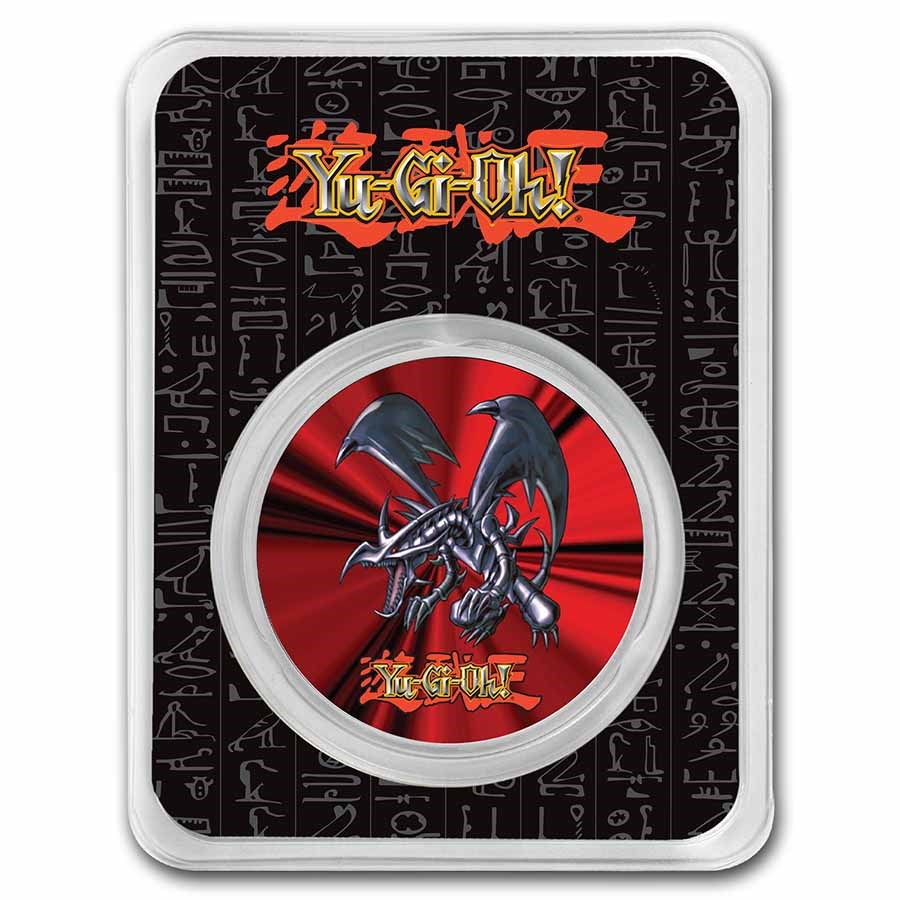 Product Details
Product Details
APMEX and Konami Cross Media are proud to bring one of the most popular manga and anime series, as well as trading card games in the world, to the investment marketplace to commemorate and celebrate the 25th anniversary of Yu-Gi-Oh!


Protect and display your limited edition collectible coin in style by adding one of these wooden gift boxes to your order.

APMEX has teamed up with Konami Cross Media to release a collection of officially licensed Yu-Gi-Oh! products to celebrate the 25th anniversary of the franchise. These officially licensed colorized Yu-Gi-Oh! coins are perfect for any fan of the manga, anime and trading card game. Add this 2022 Niue 1 oz Colorized Silver $2 Yu-Gi-Oh! - Red-Eyes Black Dragon coin to your cart today!

Yu-Gi-Oh!
A true global phenomenon and perennial fan favorite, the Yu-Gi-Oh! anime brand ranks among the top 25 highest-grossing media franchises of all time. Celebrating over 25 years and amassing a fervent following, the brand continues to flourish with each new series and expansion. To date, fans have engaged by reading manga, watching more than 900 Yu-Gi-Oh! anime episodes, downloading the Yu-Gi-Oh! Duel Links mobile game or Master Duels over 150 million times combined. Fans have also supported the brand at the box office, retail, and they have played with and purchased over 25.1 billion units of the Yu-Gi-Oh! trading card game – a Guiness World Record! The future is bright for this anime franchise with a robust slate of new content, games and merchandise planned for release in 2022 and beyond that will continue to engage and entertain audiences globally.

Premise
Meet Yugi and his best buds Joey, Tristian and Téa. They share a love for the newest game that's sweeping the nation: Dual Monsters! Duel Monsters is a card-battling game in which players put different mystical creatures against one another in creative and strategic duels! Packed with awesome monsters and mighty spell cards, Yugi and his friends are totally obsessed with the game. But there's more to this card game than meets the eye!