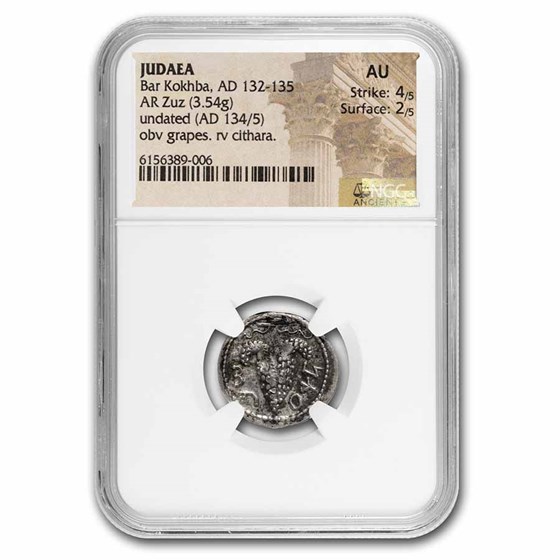 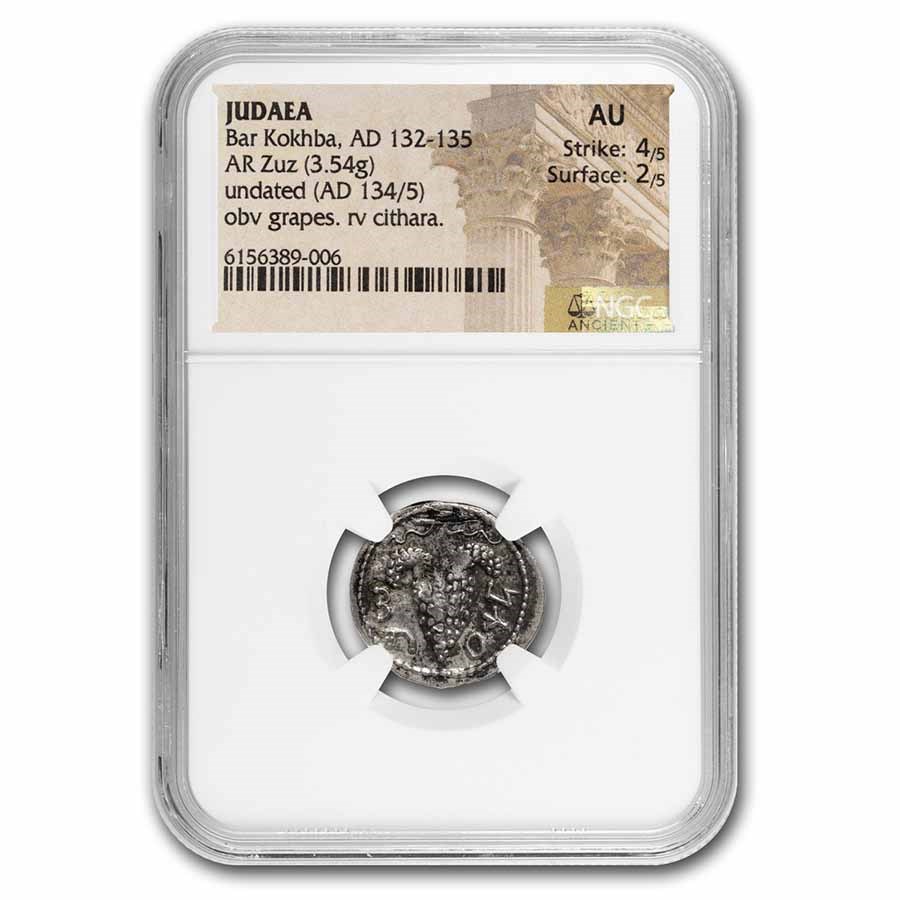 Your purchase will match the quality of the product shown.
Product Details
Product Details
This coin was struck on an earlier type during the third Jewish-Roman War, also known as the Bar Kokhba revolt. It was overstruck on a denarius of Titus or possibly Vespasian.


Protect and display your Bar Kokhba coin in style by adding an attractive display or gift box to your order.

Add this AR Zuz to your collection today!

Simon Bar Kokhba led a Jewish revolt against the Roman government in Israel. The Jewish Holy Book, the Talmud, states that he raised a force thousands strong to defy the will of Rome. The exact number of Jewish insurgents varies, but may have been over 100,000 people. Many Roman Christians were also forced into army ranks to support the revolt, and those that spoke out against the revolt were put to death. The Jewish forces would lose the war and be forced back to the fortified town of Betar, where soldiers, women and children took refuge and were ultimately killed after the Romans massacred much of the town. By the end of the war, Roman chroniclers stated that over 500,000 Jews may have been killed during the conflict.