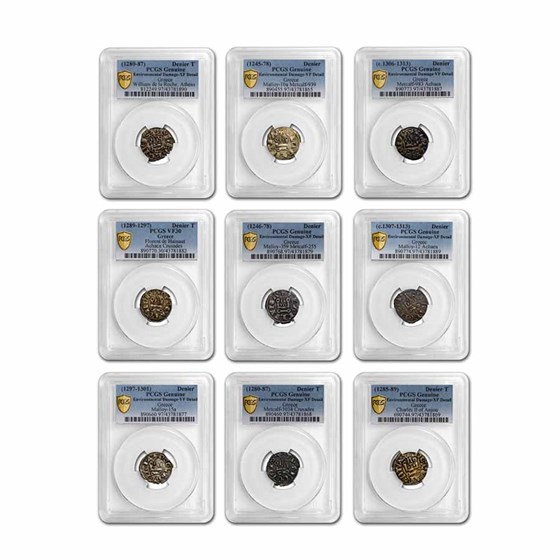 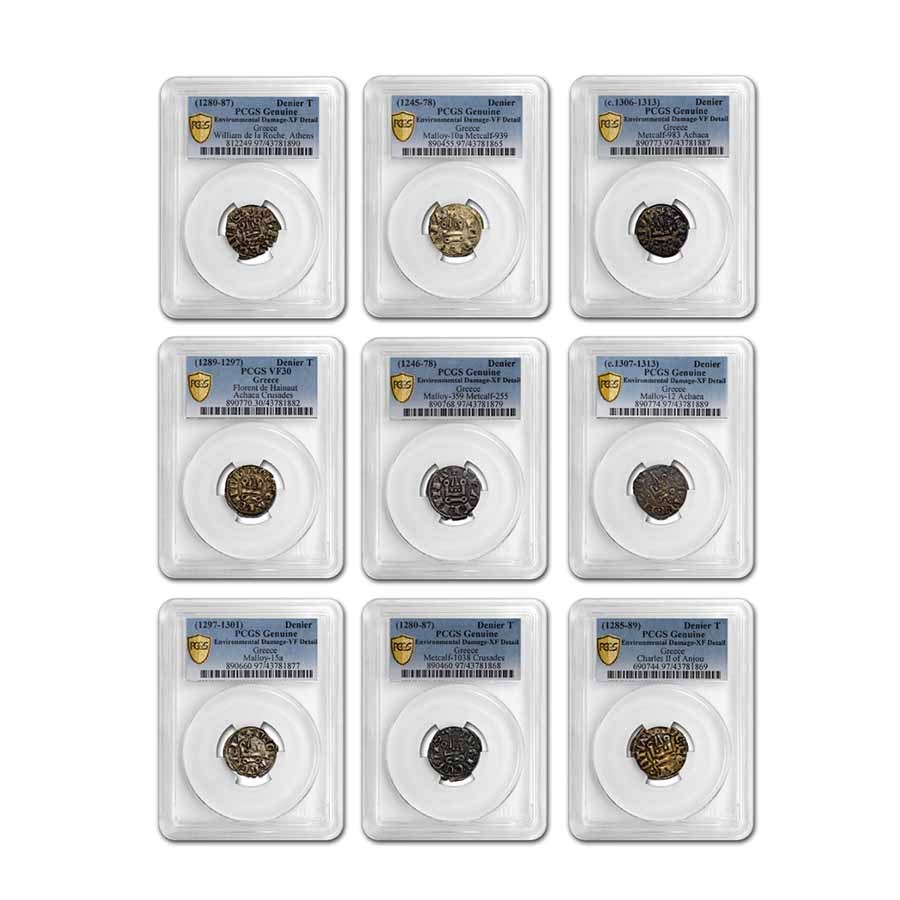 Your purchase will match the quality of the product shown.
Product Details
Product Details
The Duchy of Athens would be one of the main powers of the Eastern Crusader states, serving as a buffer against the Islamic world following the betrayal and destruction of the Byzantine Empire. This nine-coin set includes issues of its major leaders.


Protect your medieval coins from fingerprints by adding these cotton gloves to your order.

Add this medieval Silver Denier from the Crusader states to your cart today!