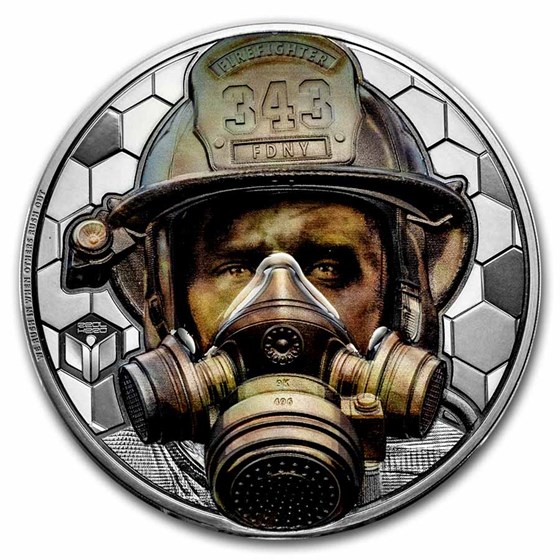 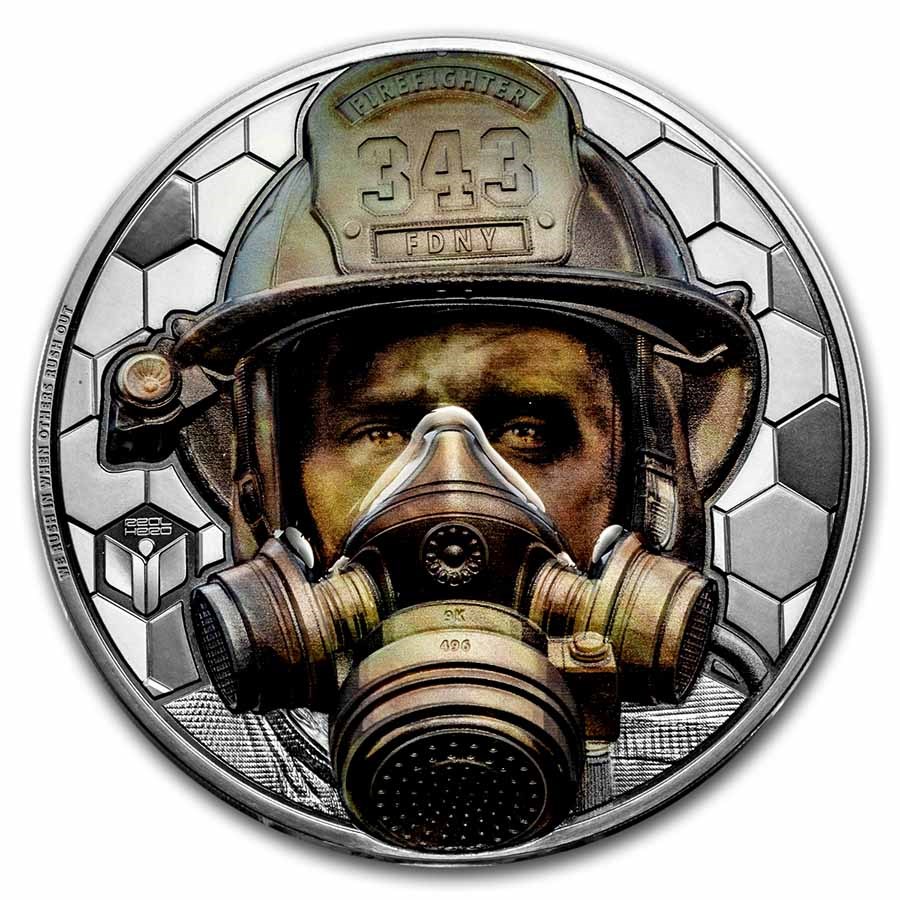 Product Details
Product Details
This black Proof has a diameter of 100 mm and features a realistic image of a firefighter from the New York City Fire Department. This Ultra High Relief coin has a mintage of only 119 coins worldwide and is sold out at the mint.

Real Heroes Series
This series honors individuals who have dedicated their passion, skills and lives to their jobs. The series began with the release of the Silver Fighter Pilot, which sold out in record time, warranting a second release in three amazing elite versions. This year's release honors the firefighter in four stunning versions.